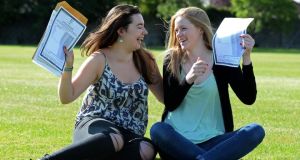 Welfare officers at universities and colleges around the country are calling for a “long-term solution” to the lack of student housing options and rapidly rising rents ahead of the release of Central Applications Office (CAO) offers next Monday.

A student property management agency also warned of the student rental crisis turning into a “perfect storm”, saying the increase in student numbers would lead to real “capacity challenges” in Irish cities.

A lack of housing options and rent increases could lead to an increase in student drop-out rates, according to Jimmy McGovern, vice-president and welfare officer for NUI Galway (NUIG) student union.

He advised parents and incoming students not to panic and to assess all available options.

“Searching for convenient accommodation can cause a great deal of stress, particularly for those coming to college for the first time,” said Mr McGovern. “We’re telling people not to panic but to be proactive.”

Mr McGovern advises that students view potential rooms with a family member or friend for a second opinion, and warns never to hand over a deposit without a receipt.

“Never sign a lease unless you fully understand it and have read it completely and always be clear on how often you’re expected to pay rent and the method of payment.”

Mr McGovern says the only long-term solution to the student housing crisis is for the Government to build more accommodation specifically targeted towards students.

Meanwhile, he’s urging homeowners to register with student union offices if they have a spare room available for rent.

“This will help alleviate the problem in the short term, but it cannot be a permanent fix,” he said. “The Government really needs to look into this issue for a long-term solution which would be to build accommodation directly for students.”

Enda McGuane of Winters Property Management said on Thursday that many properties in Irish cities had already been “snapped up by returning second and third year students”, creating a problem for incoming Leaving Cert graduates.

Mr McGuane warned that the increase in student numbers, coupled with population growth in Irish cities, “all combine to create a student rental crisis point, a perfect storm”.

Katie Quinlan, welfare officer at University College Cork, says landlords are more interested in renting to the rising numbers of young professionals in cities like Cork and Dublin.

She’s encouraging students to consider the “digs” option where they stay with families and often receive meals.

“Renting rooms in digs is a fantastic option. It’s a way of getting in with a family and having that little bit of extra security when leaving home.”

For those moving to the capital for third level education, USI president Kevin Donoghue has advised students and parents to set out a clear plan before beginning the search.

“Don’t come up on the basis that you’ll see two houses and choose one,” said Mr Donoghue. “It sounds basic but make sure you actually look at the property, ask as many questions as you need and keep a calm head.”

The Higher Education Authority (HEA) identified a “significant shortage” of on-campus accommodation for students and has estimated a shortfall of 25,000 beds a year for the next decade in an unpublished report, the details of which were disclosed by The Irish Times last month.

Meanwhile, the latest figures on the Irish rental market from Daft.ie, released in May of this year, show overall rents rose by 8.2 per cent in the first quarter of 2015.

According to the property website, students looking for accommodation off-campus in Dublin can expect to pay €524 per month in the city centre, €428 in the north of the capital and €453 in the south of the city for a single bedroom in a house or apartment.

In Cork, a single room will cost €320 in the city centre, while a single in Galway is expected to cost €309.