Storm Lorenzo: Schools urged to close if there is risk to students 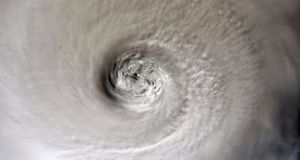 Schools in Galway, Mayo, Clare, Cork, Kerry and Limerick are being advised to “err on the side of caution” and close on Friday if they feel there is a risk to students from the impact of Storm Lorenzo.

Met Éireann has announced that a status orange wind warning will be in place for these counties from 6pm on Thursday to 3am on Friday morning.

In a statement, the Department of Education said schools, third level colleges and further education centres in areas affected by a status orange alert should remain vigilant and keep abreast of any updates from Met Éireann and other authorities.

“In all events, and if in any doubt, schools and other education settings should err on the side of caution,” the department said.

“Schools are empowered to make closure decisions if, in their judgment in the interests of the safety of the school community, it is prudent to do so.

“Any and all decisions about school closures will be informed by, as well as prevailing and predicted conditions, any damage that might have been caused to school buildings overnight or at any time during the storm, and whether such damage – where it exists – might present a risk to safety.”

Similarly, the department said other education settings should make closure decisions based on those considerations.

“We will continue to monitor the situation as it progresses and will follow any advice from the National Emergency Coordination Group,” it added.

In recent times, the advice from the Department of Education has been for schools in all status red areas to close.

For schools in status orange, it has advised schools to make decisions based on their individual circumstances.

The Department of Education, meanwhile, says 22 schools built by Western Building Systems, are undergoing special inspections by engineers. These schools have been at the centre of structural concerns.

A spokesman for the Department of Education said the inspections include an examination of scaffolding and fencing structures as a precautionary measure.

In a statement, Western Building Systems said it disputes any suggestion of widespread defects at the schools it constructed.

“No proven evidence has been presented to verify such claims. We are unaware of any reports of previous storms adversely impacting any of these schools,” a spokeswoman said.