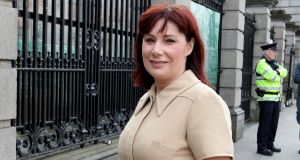 Thousands of pupils with special needs will require additional supports to help them readjust when schools reopen at the end of this month.

Minister of State for Special Education Josepha Madigan said the 17,000 pupils in special schools or classes had been impacted greatly by being out of the routine of school and would be provided with extra help during the transition back to school.

She said work was under way to support children with complex needs and at very high risk to ensure that they could continue to make progress, though they may not be able to return to school in the same way as other pupils.

“If a parent doesn’t want to send their child back to school due to an underlying condition, then there is home tuition available. The same applies to special needs children who don’t have a school place. It’s about 20 hours for a child over three year of age,” she said.

There will also be funding for enhanced cleaning and additional support staff in special schools.

Ms Madigan also said all schools should be obliged to provide special classes for children with learning disabilities where there was demand for such supports.

Campaign groups say many young people with conditions such as autism do not have appropriate school places in the coming academic year. They say the problem is acute in parts of Dublin, Cork and other mostly urban areas.

Ms Madigan said it was not “tolerable” that some schools continued to refuse to set up these classes despite demand from parents.

“If there is a reticence on the part of schools, that has to change,” she said.

“I wouldn’t like to comment on the personal views of any schools [for refusing such classes] but it’s not something we can tolerate, it’s not something I’m going to tolerate . . . It starts from the top down. If we want to teach the next generation the real values of inclusivity and valuing difference, then it has to start in schools, in my view.

“Having spoken to many parents, it’s a really difficult road for them and it shouldn’t have to be like that. I want to make Ireland a world-class country for special needs pupils and for their journey through life which starts at school.”

In addition, she said the only grounds for not having a special class in existing schools where there was demand would be in “exceptional circumstances”.

Ms Madigan she wants to “eradicate” the problem of not having enough school places for children with special needs.

“I want to ensure that there is no child that doesn’t get a school place, and that is something I want to eradicate completely and I intend to set out a roadmap on how I plan to deliver on that soon. These families face struggles on a daily basis and are constantly fighting to get something that is within their right.”