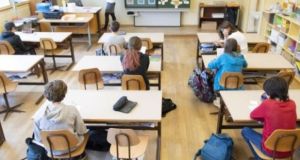 The measures called for include increased one-to-one support for students returning to school through the reinstatement of guidance counsellor hours.

Many secondary school students feel worried that they have lost out due to distance learning and fear falling further behind in the coming academic year.

The findings are contained in a survey of more than 11,000 people which was organised by representatives of students, parents and guidance counsellors.

While just over half rated the quality of education at fair to good, 15 per cent said their experience was poor, while 9 per cent indicated it was excellent.

The survey also found that just over half of students and parents had concerns regarding academic issues and were worried that they will start the new school year at a disadvantage compared to others.

There were also emotional concerns over the return to school with a quarter expressed unease at transitioning back to school and making new friends in an environment where physical distancing requirements will apply.

Health and wellbeing was also a source of anxiety with almost one in three worrying about their physical health and contracting coronavirus in a school setting.

Three-quarters of respondents indicated the pandemic had an impact on their, or their students’, mental health.

Almost half said the impact was mild (45 per cent), with a significant proportion (23 per cent) indicating there were moderate impacts on mental health. A smaller proportion (7 per cent) reported a severe impact.

When asked what their top priorities were in reopening schools, induction and health and safety training days emerged as the biggest issue, followed by health and hygiene support, and changes in coursework to be covered by students.

The survey was conducted online by the Irish Second-Level Students’ Union, the National Parents’ Council Post-Primary and the Institute of Guidance Counsellors. It was also supported by Unicef Ireland.

In a commentary accompanying the research, the groups jointly called on the Government to provide additional resources students need this autumn, as preparations continue for the safe reopening of schools after coronavirus closures.

They said the findings reveal serious concerns about student welfare and the impact of distance learning and called for supports to be put in place for students.

The measures they have called for include increased one-to-one support for students through the reinstatement of dedicated guidance counsellor hours which were cut during the last recession.

This, they said, would support students’ social and emotional wellbeing and help them deal with anxieties around academic and vocational challenges.

The groups also say extra guidance is needed for students transitioning from primary to post-primary, or leaving school.

They also called for the curriculum to be adapted to to account for the loss of learning due to school closures.

This includes an immediate review of exams for all subjects at both Junior Cycle and Leaving Cert, along with adaptations to specific years or programmes - such as transition year – to ensure learning, skills and experiences are not compromised.

Lastly, they have called for necessary sanitation facilities and social distancing, hygiene and cleaning practices to be put in place.