‘Some children just have biscuits to keep them going from 9am to 2.40pm’ 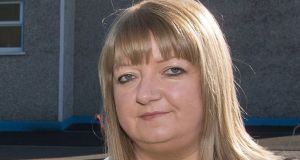 Louise Tobin, principal of St Joseph’s Primary School in Tipperary town: ‘I see children in the playground eating from their lunch box first thing in the morning because they haven’t had a breakfast.’ Photograph: John D Kelly

“Some children will have super lunches, with a bread roll, fruit and yoghurt. Other children sitting next to them will have very little in their lunch boxes,” says Louise Tobin, principal of St Joseph’s Primary School in Tipperary town.

“They may not have a sandwich. It might be just a bun, popcorn, maybe a biscuit bar. Some children, some days, would just have biscuits to keep them going from 9am to 2.40pm.”

St Joseph’s is one of five primary schools in Tipperary town, an unemployment black spot, that were refused a place on the Government’s hot school meals pilot scheme. There were 465 other schools across the State that unsuccessfully applied.

“There are parents who are trying to do the best for their children, but we would have children who are coming to school hungry,” says Ms Tobin, whose all-girls’ school has 150 pupils.

“I see children in the playground eating from their lunch box first thing in the morning because they haven’t had a breakfast. It may be just a bag of popcorn.”

Despite the levels of deprivation in Tipperary town, none of its five primary schools – with some 800 children in total – are designated under the Delivering Equality of Opportunity in Schools (Deis) scheme, a social inclusion strategy which which gives extra support to schools in disadvantaged areas.

At the moment, they have access to a “breakfast club” programme , which provides two items of food in the morning for each child. This, Ms Tobin says, “may be a small pancake and a small packet of raisins” and the budget is capped at 60 cent per child, some of whom eat their allocation as soon as they get in.

“The breakfast club is a token – it is a joke really,” says Ms Tobin. “It is acknowledging that the children are hungry, but saying: ‘here, you can have a small bit of cheese and a cracker’.”

Lunch time is at 12.30pm, and the children eat in the classroom as there is no canteen or dining hall in the school.

“At times we would have children who wouldn’t have enough in their lunchbox,” says Ms Tobin. “We have to contact their parents and say they need a little bit more.”

She says teachers keep a few pieces of fruit in the staff room just to make sure no child goes hungry “but we don’t have the money to buy lots of stuff”.

Sometimes parents arrive in during the day having picked up a lunch from the shop for their children because there was nothing in the house that morning while some pupils do not get a hot meal every day, she says.

Part of the problem, she says, is that some children come from a background of inter-generational unemployment, where there is little interest in education and a lack of knowledge about the importance of nutrition while learning.

Ms Tobin says “these are precisely the children for who we are trying to bridge the educational gaps” but that this can be difficult if “they are worried about whether there will be food at home this evening”.

There would be less need to worry if the children were getting a hot meal in school, she says, as staff would know they are nourished and can concentrate on their lessons. But when the gates open again this week “nothing will have changed” in the primary schools in Tipperary town.