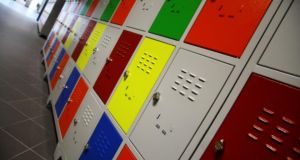 Schools are in danger of being “micromanaged” by the department of education under new legislation governing admissions policies, a leading management body has said

Schools are in danger of being “micromanaged” by the department of education under new legislation governing admissions policies, a leading management body has said.

The Joint Managerial Body (JMB), which represents two-thirds of post-primary school boards of management, including Catholic patrons, said it was “very concerned” that the draft legislation contained a “high level of detail” that would interfere with their autonomy.

The Admission to Schools Bill, which was published Tuesday, has also been criticised by those lobbying for a more secular education system as the legislation safeguards the right of schools to “positively discriminate” on religious grounds.

Brian Whiteside of the Humanist Association of Ireland said it had been in dialogue with the Government since 2007 on making access to schools more equitable for people of no religion but the organisation’s views had been ignored.

“How can the Admission to Schools Bill state that there will be no discrimination on the grounds of religion while at the same time allowing schools to ask for a baptismal certificate on enrolment? This is simply outrageous,” he said.

Responding to such criticism, Ms O’Sullivan said the legislation had to be drafted “in the context of the Constitution and equality legislation… We can’t within that take away the provision whereby schools can protect their own ethos.”

As for the JMB’s concerns, the Minister said she wanted to get a balance between the autonomy of schools and the important fairness and transparency, and, “I believe the bill gets that balance right”.

The Minister said she planned to introduce the regulations giving effect to the bill before the end of the year. It is expected schools will be given about five years to phase out waiting lists, in compliance with one of the key measures in the bill.

From then on, waiting lists will have to operate on a 1-2 year basis only. This was aimed at combating discrimination against immigrants and families relocating within Ireland.

The Minister said, “We do want to eliminate the practice of people putting down the child’s name before it’s even born in some cases”.

In a statement, the JMB welcomed the commitment in the bill to inclusion and equality of access but said “the issue of parental choice is a critical consideration in this debate”.

General secretary Ferdia Kelly referred to the outcomes of the department audit of enrolment policies in 2008 which indicated that there was “no evidence of problematic practice on a system wide scale”.

“The JMB is concerned that the draft legislation will create a situation that an already overburdened school principal will find himself/herself with a further legislative and administrative burden,” said Mr Kelly.

In addition, the JMB was “very concerned that the draft legislation contains a high level of detail that when translated into regulations could result in a school’s admission process being micromanaged by the department”.

While Mr Kelly welcomed the fact that boards of management can continue to favour siblings of enrolled pupils in admissions, he expressed concern over the proposal to cap at 10 per cent the number of children of past-pupils that a school may enrol in any given year.

Ms O’Sullivan has been the subject of a strong lobbying campaign from fee-charging schools in particular against the imposition of such a cap.

Fine Gael TDs have also been targeted with a letter of complaint drafted by past pupils at Blackrock and Belvedere which describes the cap as “nothing short of ideologically motivated vandalism of our education sector”.

Atheist Ireland also criticised the bill’s failure to eliminate the “Catholic first” admissions policy – which applies in 90 per cent of primary schools giving the church dominant status in school patronage.

The bill contains a condition that schools must publish policies on how children can opt out of religious education.

However, Atheist Ireland education officer Jane Donnelly said this further institutionalised state funded religious discrimination “by accepting it as valid and telling schools to publish policies on how to implement it”.

By failing to amend Section 7 of the Equal Status Act, which gives religious patrons a right to turn away children of another faith if necessary to protect their ethos, the Government was continuing “to treat the non-religious as second class citizens”.