Sale of ‘spinout’ company raises concerns over confict of interest 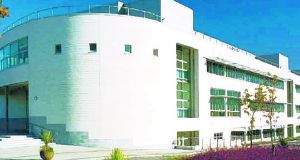 Waterford Institute of Technology’s current president, Willie Donnelly, was vice-president of research at the time of the sale.

The Higher Education Authority (HEA) has been urged to investigate whether there are conflicts of interest among senior staff across third-level colleges who are shareholders in spinout companies.

It follows concerns raised by Sinn Féin deputy David Cullinane at the Dáil’s Public Accounts Committee on Wednesday surrounding the sale of a company co-located at Waterford Institute of Technology (WIT).

FeedHenry, a mobile software company incorporated at WIT, was sold to an American multinational company in September 2014 for €63.5 million.

WIT, which owned 3.1 per cent of the company’s shares, received €1.3 million. Willie Donnelly, WIT’s current president, was vice-president of research at the time of the sale and owned under 2 per cent of FeedHenry’s shares.

The Oireachtas committee heard that WIT’s governing body has commissioned a review into corporate governance issues around the sale of spinout firms and will address any potential conflicts of interest.

He said the fact that WIT was in deficit, and had its core funding cut dramatically over recent years, underlined the need to ensure the institute’s interests were protected.

The HEA’s chief executive Dr Graham Love told the committee there were national protocols on commercialisation of research in third-level colleges.

These required individual colleges to have policies and procedures to manage potential, or actual, conflicts of interest.

He also said it was not unusual for a college’s shareholding in a spinout company to be diluted over time as external money is invested.

However, Mr Cullinane said that having studied national policy and institutes’ own policies around the commercialisation of research, there were “big gaps” over issues such as managing conflicts of interest.

He also questioned whether there was a potential for ongoing conflicts of interest by allowing senior staff in research and innovation to also be directors of spinout companies.

In the case of issues raised at WIT, Mr Cullinane said he was not satisfied there was an “arm’s length” removal.

Dr Love told the committee this was a common challenge in Ireland and across the globe.

However, there were well-established processes which required individuals to step aside and let others take over decision-making.

“In research-driven third level institutions, conflicts of interest do occur. The important thing is that an institute has a framework in place to manage those conflicts.

“At all times my own interest was openly declared to the institute and funding agencies. All negotiations over IP [intellectual property] transfer was conducted totally independent of me,” he said.

Mr Donnelly said WIT’s shareholding of just over 10 per cent was diluted over the course of several funding rounds, which brought in about €7 million in private investment.

Overall, he said the creation of WIT’s research and development institute – the Telecommunications Software & Systems Group – was a “good news” story which had helped created more than 600 jobs in the region.