Rising fees lead many to question value of private education 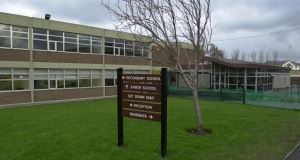 Not so long ago many private schools were struggling to retain pupils and contemplating entering the “free” secondary school scheme.

How times have changed. Enrolments for fee-paying schools have bounced back to boom-time levels and many in the Dublin area are heavily oversubscribed and turning away pupils in their droves.

As the economy grows, so too have fees. Two out of three private schools have increased their fees – some by more than 10 per cent, or several hundred euro.

The cost of going to a private schools has now reached a record high. The most expensive schools are charging up to €8,600 a year for day pupils and in excess of €20,000 a year for boarding.

While for many parents, it’s a simple decision: either they don’t have the funds at all, or are so well-off that it’s simply not an issue.

But for many others, opting to pay for a second-level school is a major financial sacrifice and can have serious long-term financial implications.

With the cost of private education on the rise, it begs the question: is it really worth the cost?

Mark Boobbyer is warden – or principal – of St Columba’s near Whitechurch in Dublin, which holds the distinction as the most expensive private school in the State.

He insists the fees are well worth it because of the smaller pupil-teacher ratios as well as meals, supervised study, Saturday morning education and transport.

“We have an average of about 15 students per class. It’s an environment where about half of our pupils are getting 500 points-plus,” says Boobbyer .

Many of the parents he sees seeking a private education are “gridlock parents” who like the idea of being able to provide their children with education, sports, extra-curricular activities and study under the one roof.

“If you are working parents and have two or three children who need to be transported to school or basketball practice or music, there really is something to be said for having that in one place,” he says. “It saves travel, time and stress.”

While fees across the board are rising, an Irish Times survey of costs shows a two-tier regime of charges is emerging.

By contrast, fees are significantly lower in Royal School, Tullymongan Upper, Co Cavan (€2,800), Sligo Grammar School (€3,430) and Villiers in Limerick (€3,950 ). Many of these schools were historically established to cater to the needs of the Church of Ireland community.

With private education becoming more expensive, it is clearly a major financial sacrifice for some parents.

It has been calculated that a typical couple with two children living in Dublin could save themselves more than €50,000 in interest on their mortgage, as well as shaving more than five years off the term, by not opting for private school for their two children.

Or put another way, this fictional family could be forgoing a guaranteed income of about €7,000 extra in retirement by paying for two children to go to private school.

For some parents, it is more than worth this sacrifice.

They see the fact that private schools dominate feeder-school tables which rank schools with the highest progression rates to third level.

These rankings, however, can be misleading.

This is because they typically have higher levels of achievement on entry to secondary school and have greater access to resources outside of school – such as grinds – which can make it look like a school is performing particularly well.

New Irish economic research however has shed some interesting insights into whether children actually fare any better in fee-paying schools versus “free” secondary schools.

It explores how children perform in different types of schools after taking into account their ability and background.

The study followed more than 8,500 children from primary into 627 secondary schools, collecting information from the children, their parents, their teachers and looking at their Junior Certificate results.

When researchers measured “value-added” education – in other words, taking into account where the students are starting from in terms of ability and background – they found the dominance of fee-paying schools seen in the progression league tables melted away, despite their greater resources.

As a group they performed no better on average than other schools. In fact, vocational schools tended to perform best.

While the Department of Education refuses to release data on the academic performance of schools – besides anodyne inspection reports – the researchers said it should be possible to calculate a measure of “value-added” education for every school, as is done in some other countries. This, they said, would greatly assist parental decision-making.