Religious countries ‘likely’ to perform worse in science and maths 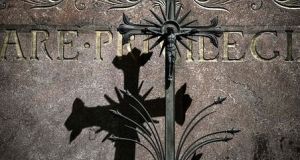 Religious countries are more likely to perform worse in science and maths, according to new research. The study, published in the academic journal Intelligence, also indicates time spent on religious education played a role in students’ attainment. Out of the 76 countries analysed by researchers in the study, the five least religious countries were shown to be Czech Republic, Japan, Estonia, Sweden and Norway.

The five most religious countries were Qatar, Indonesia, Egypt, Jordan and Tunisia. In terms of religiosity, Ireland ranked 36th on the list.

While Irish students have been performing among the world’s best at reading, they have lagged a little further behind in maths and science, according to international research.

The findings come at a time when the issue of religion in the classroom is a hotly-contested matter of debate. At present, primary schools in Ireland spend up to two and a half hours a week on religious studies.

However, it could be dropped from the core curriculum under proposals being considered by the National Council for Curriculum and Assessment. This would allow schools to decide on how much time they wish to spend on teaching religion or other subjects.

Gijsbert Stoet, professor of psychology at Leeds Beckett University, said the research indicated that education could benefit from a more secular approach.

“Given the strong negative link between religiosity and educational performance, governments might be able to raise educational standards and so standards of living by keeping religion out of schools and out of educational policy-making,” he said.

Researchers combined data from the Programme of International Student Assessment (Pisa), OECD’s Education at a Glance, the Trends in International Mathematics and Science Study (Timss ), the World Values Survey, the European Social Survey, and the United Nation’s Human Development Report.

Researchers said analysis of the data sets allowed conclusions to be drawn about international levels of religiosity, schooling and educational performance.

Prof Stoet said the findings supported the idea of a “displacement hypothesis”, namely that when children spent more of their time on religion, they will spend less time on other things.

The findings also showed in the large majority of countries, women reported a higher level of religiosity than men, but this was not at all related to their educational performance.

Describing the implications of the findings, Prof Stoet said religiosity was directly associated with lower performance. “Even though the exact mechanisms need to be studied further, my advice for policy-makers is to keep education and religion separate and take a secular approach to education and educational policy,” he said.

Prof Stoet is a psychologist with experience in experimental psychology, cognitive neuroscience, developmental and educational psychology. He studied in the Netherlands at the University of Groningen and in Germany at the University of Munich. Before joining Leeds Beckett University, he carried out research at a variety of world-leading institutions, including the Max Planck Institute for Psychological Research in Germany and the Washington University Medical School in St Louis in the United States.