Ombudsman for Children urges Government to monitor practice in schools 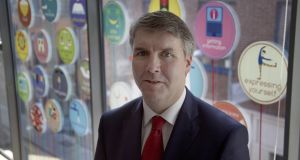 Niall Muldoon, Ombudsman for Children, said safeguards need to be put in place to ensure that the use of a reduced timetable is time-limited, in the best interests of the child and put in place without putting any pressure on the child’s parents or guardian.

The Government should monitor the use of reduced timetables by schools to ensure vulnerable children are not being inappropriately excluded from education, the Ombudsman for Children has warned.

Dr Niall Muldoon, who is due to appear before the Oireachtas education committee on Thursday, said the prolonged use of shortened school days could have a “serious and long-lasting” impact on young people.

Groups representing pupils with special needs, intellectual disabilities and Traveller students say parents of many vulnerable children are being told to accept drastically reduced timetables or face the threat of suspension or expulsion.

However, there are no official figures recorded on the scale of the practice.

Speaking ahead of his appearance before the committee, Dr Muldoon said he was concerned about the “ inappropriate use” of reduced timetables as an informal suspension to deal with behaviour that a school is finding difficult to manage in the classroom.

“At the moment the use of reduced timetables is invisible. There are no guidelines on its use, no guidance on recording its use and no external monitoring. Therefore, there is no oversight of its use in individual schools,” he said.

“Anecdotal evidence would suggest that some cohorts of children including children with disabilities, children with emotional and behavioural difficulties or children from a different cultural background such as the Traveller or Roma communities, are being disproportionately affected by the use of reduced timetables.

“With the current system it is impossible to determine if this is the case and to what extent these groups are being affected.”

Dr Muldoon said it was important to highlight that reduced timetables could be used as a positive intervention in exceptional circumstances to support children at a particularly difficult time when a full day at school may be an insurmountable challenge.

“However, even in these circumstances safeguards need to be put in place to ensure that the use of a reduced timetable is time-limited, in the best interests of the child and put in place without putting any pressure on the child’s parents or guardian,” he said.

He said the Government should provide a statutory framework on the use of reduced timetables and that this practice should be monitored nationally to gather data.

Where reduced timetables are being used inappropriately, increased resources should be provided to statutory bodies involved in supporting students, such as the Educational Welfare Services.

“The prolonged use of reduced timetables as an exclusionary measure on children can have a serious and long-lasting impact,” he said.

“It may make them feel unwanted by the school community, they may be perceived as different by their peers, they may stop seeing school as a positive place and they may even drop out of school. It can also be very disruptive for family life.

“This is a serious issue that needs to be addressed for the benefit of children and for schools.”

In its submission the Oireachtas committe, the Department of Eduction states that there is a legal responsibility on school boards of management to “manage schools for the benefit of all students and provide an appropriate education utilising the resources made available by the State”.

From a statutory standpoint, it says responsibility for school attendance rests with Tusla, the Child and Family Agency, whose guidelines specify that “any exclusion of a student for part of the school day can be deemed to be a suspension”.

“The position of the Department of Education & Skills is that all pupils who are enrolled in a school should attend for the full day, unless exempted from doing so in exceptional circumstances,” its submission states.

“ Reduced timetables should not be used as a behavioural management technique, or as a ‘de facto’ suspension or expulsion, nor does any provision exist for the use of reduced timetables for particular pupils.”