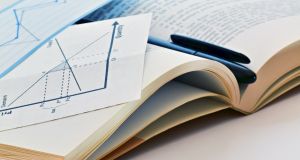 Some students get to demonstrate their ability across a range of competencies, whereas others are confined to a single three-hour written paper.

One of the most interesting features of the 2016 Leaving Cert results is the extent to which practical components other than the formal written paper undertaken in June are improving the performance of students.

This may lend weight to arguments in favour of introducing both project work and continuous assessment into the Junior and Leaving Certificate.

The strongest example of this in this year’s Leaving Cert results is in higher-level Irish where more than 85 per cent of the 20,098 students achieved an honours ABC grade.

The increase by former minister Mary Hanafin of the oral component to 40 per cent of the overall mark is the main reason why the success rate is so high.

Hopefully the ultimate success of this initiative will be a significant increase in the ability of adults to use Irish in their daily lives.

When you compare these success rates with those of chemistry and physics, whose students achieved an ABC rate of 71 and 70 per cent this year, it is clear that having elements of assessment other than just a written exam in June adds to the average performance of students in these subjects.

It could be argued that the pattern of results outlined above raises issues as to the balance of fairness of the overall Leaving Cert, in that some students get to demonstrate their ability across a range of competencies, whereas others are confined to performing solely on the basis of a single three-hour written paper.

It has been practice over recent years within the National Council for Curriculum & Assessment that, as curriculums are updated, to introduce new components which are gradually enhancing the continuous assessments elements of the Leaving Cert.

The ASTI has not objected to this trend so long as all elements of the students work is externally assessed.

Another group of students that get superb results are those that sit papers in their native language which are not taught in our school curriculums.

We do not know the success rate of the 700-plus Polish students, and 700 other students who sat papers in Lithuanian and Romanian as the SEC does not release them.

However, I suspect that they similarly achieve excellent ABC success rates.

The issue of fairness arises again here in that the average ABC rate for mainstream taught languages such as French, Spanish and German is between 70-75 per cent.

The SEC acknowledges that such native speakers in Eastern European languages have an advantage, but suggest that their non-familiarity with other subjects in the curriculum counterbalances this advantage.

Unlike in 2010 when many of those sitting the Leaving Cert from Eastern Europe had only recently arrived, many of the current cohort of Leaving Cert students have spent their entire educational lives in the Irish school system, and thus this argument by the SEC seems less valid.

Because they attract such a wide range of ability levels, their ABC rates tend to be lower than the average of other subjects.

This is exemplified this year in the case of biology where the ABC rate dropped 6 per cent to 68 per cent.

Geography students performed very well in 2016 achieving a 76 ABC rate, with business at a more modest 70 per cent.