Our Catholic education system is out of step with modern society 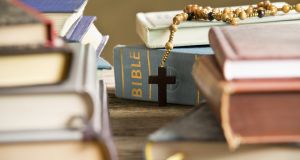 The glacial pace of divestment progress prompted Catholic Archbishop of Dublin Diarmuid Martin last year to criticise elements of the church for “dragging their feet” over the issue.

When Pope Francis lands in Dublin airport tomorrow, he will touch the ground of country where the educational landscape has changed significantly since the last papal visit.

While the overwhelming majority of schoolchildren were white and Catholic in the late 1970s, our classrooms today reflect the diversity of changed society: about one in one in nine primary school children is from a non-Irish background.

Our homegrown population has also broadened its spiritual views: there has been a dramatic fall-off in church attendance, while the most recent Census showed that more than 20 per cent of of our parent-age population is non-religious.

The ownership of schools has changed, too. The first Educate Together school was founded in 1978 by frustrated parents who were refused places in their local school on religious grounds. Today, the multi-denominational movement has a network of 82 schools around the country.

In fact, multi-denominational schools are the fastest-growing school patron types in the State, with pupil numbers growing 10 per cent in the last year alone.

Yet , for the all the blurry pace of change over the past two decades, the system itself has not changed all that much.

Almost everyone – including the churches – agrees that placing so much control of primary schools in the hands of religious denominations is out of step with the needs of an increasingly diverse society. Few, however, are willing to concede control.

It is six years since plans to pave the way for the divestment of schools from religious ownership were announced in a blaze of publicity.

The report of the Forum for Patronage and Pluralism, established by former minister Ruairí Quinn, recommended that religious schools in about 28 areas divest to multidenominational patrons.

To date, progress has been slow and divisive: only about 12 have completed the divestment process to date.

There have been a range of obstacles, such as local resistance to change, parental fears and opposition from local bishops.

The glacial pace of progress prompted Catholic Archbishop of Dublin Diarmuid Martin last year to criticise elements of the church for “dragging their feet” over the issue.

The divestment process has since been rebranded as a “reconfiguration process” – in which schools are transferred to new patrons rather than a more cumbersome process of closures and amalgamations. There is little sign, yet, that this has speeded up the process.

Religion, too, continues to occupy a prominent place in the school day. The Education Act (1998) protects the right of schools to set aside reasonable time in each school day for subjects relating to the school’s ethos, such as faith formation.

Official guidelines suggest half an hour – or 2½-hours a week – for teaching religion or faith formation. This is twice the amount of time most schools spend on PE (physical education).

There have, however, been significant reforms to the religious control over admissions to schools.

The removal of the baptism barrier – recently enacted by Minister for Education Richard Bruton – removes the role of religion in school admissions for most primary schools (minority faith schools are excluded).

This historic move means parents will not feel pressured to baptise their child to get access to their local school.

This may well be just the beginning of more sweeping reforms.

There are, however, significant barriers to change, such as the Constitution and the Education Act, which will make it difficult to bring about change.

Labour and the Social Democrats have proposed a citizens’ assembly to debate what is a highly polarised and complex area. Other political parties, privately, are not opposed to the idea.

The irony is that what seems like a radical proposal in some quarters – breaking the link between church and State in education – is a return to the original vision for our primary school system.

The “Stanley letter” of 1831 – a letter from the chief secretary of the British Government to the Duke of Leinster, then Dublin’s leading nobleman – is widely considered as the foundation for the national school.

Stanley’s vision was that these schools would be non-denominational and religious instruction should be separate.

Within a few decades, the power of the various churches increasingly ensured the vision was not realised and the schools (or national schools as they were called) were in fact denominational.