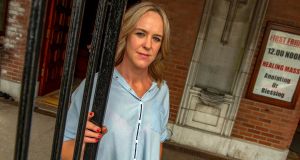 Teaching and preparing sacramental classes requires me to step into the role of a priest for the duration of the rehearsals.

I play the role well. One priest commented during his plenary of one Communion Day ceremony that I would indeed make a great priest. The comment was of course met with laughter by the attending congregation. A female priest? That’ll be the day.

As the years have ticked by in my teaching career, not only has the irony of the role I am playing from the pulpit as a female not been lost on me, but the time invested in these rehearsals has increased.

Minister for Education Richard Bruton has committed to removing the role religion plays in admission to Irish primary schools through the removal of the “baptism barrier”. Parents are also being surveyed on their views on religion in education. Bruton is, however, overlooking other possible areas of contention in relation to religious instruction in our State schools: how we, the teachers feel about it.

The issue is not so much about the value of teaching religion and morality – which few of us would argue with – but more about whether schools should or can still be asked to prepare students for sacraments, if students’ only experience of church appears to be school-based?

Sacramental preparation is not just a one-day affair. The “big day out”, as it can often be referred to, involves far more than just turning up on the day. It involves church visits, school practice, singing, procession practice, response learning, right down to how to sit in a pew. It involves enrolment and contrition ceremonies, wardrobe fittings and photoshoots.

All of this takes more than the 30 minutes designated daily for religious education in our national curriculum.

With the passing of each academic year many teachers are noticing a deterioration in the religious knowledge baseline the children have. This places increased demands on teachers to teach students skills that children in previous years came to school knowing.

One former colleague finds that in her school they must “re-teach” the students how to receive Communion in their Confirmation year.

Another spoke of a recent Communion ceremony where the amused congregation were unaware of when to sit, stand or kneel at any point during the Mass.

It’s clear that some parents are not engaging with church practices – though they expect it of their children and schools.

When parents do get involved, the ceremony can hold a lot more significance for both children and parents.

“Do This in Memory of Me” is a parish programme designed to help parents and children prepare for the First Eucharist. This, in turn, means there is less time taken from academic tuition for sacramental preparation.

The removal of the baptism barrier is also likely to have a knock-on logistical effect on schools, with an increase in the number of students opting out of sacramental preparation.

While must of the focus on religion in school has been on children and parents, it also affects teachers.

Teachers applying to work in Irish primary schools that operate under religious patronage must agree to teach and promote the religious ethos of that school.

This wasn’t much of an issue in the past. A recent study by NUI Galway into religiosity and practice of new entrants into primary education found that at least 30 per cent don’t practise.

For some this may seem like fair game. If you choose to work in a school under religious patronage then surely you must conform. It is your job. There is, however, a lack of choice for educators when seeking employment in Irish primary schools. Some 96 per cent of schools are under religious patronage. That leaves just 4 per cent of schools for educators who wish to be relieved of the duty of promoting one religious ethos. It’s another reminder that the profile of teachers, as well as the school population, is changing.