A mixture of topical questions and tricky language, but overall a fair challenge for students this morning 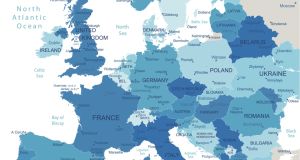 Rote learners beware: this morning’s higher level geography paper required an understanding of the topics. “Even if you’d learned the whole course off by heart it wouldn’t have been enough,” said Asti representative Neil Curran, who teaches geography in St Columba’s College Co Donegal.

It was a somewhat difficult paper in which to get an A according to Curran. “Some of the phrasing was different than usual,” he said. “For example, the phrase ‘sedimentary influence’ was used where it would usually would usually be ‘limestone influence’. That might have thrown some students.”

The paper was a topical one, encompassing topics such as inflation, unemployment, renewable energy, multinational companies and the European Union. The choice of questions was well balanced according to Michael Doran, geography teacher at the Institute of Education.

The short answer questions were wide ranging and fair, according to teachers. “The diagrams used were a good mixture of new and familiar material,” said Valerie Redmond, geography teacher in the Presentation Secondary School, Wexford. “Students were required to think in several different directions which was good.”

Clear presentation and good layout of the paper belied a tricky section on regional geography. “There were some variations on standard questions,” Doran said. The physical geography questions were, “clear and familiar”, however, and questions asked in the electives section were, “relevant and achievable”, according to Redmond. “They probably would have provided some relief after the challenge of regional geography,” she said.

Curran had a complaint about the ordinary level paper. “Once again the photos were too small,” he said. “It’s a gripe I have every year – ordinary level students sometimes finds it hard to recognise features and they need a good picture.”

Physical geography at ordinary level presented something of a challenge according to Redmond. “The questions were a bit wordy which would have presented a challenge,” she said.

Overall, the paper was described as very achievable however. Some teachers even learned a little. “There was an interesting question about an earthquake off the coast of Dublin in 2013,” Curran said. “I didn’t even know about it.”