Irish secondary students have longer holidays than most in Europe

Only France, Cyprus and Greece have a shorter school year than here 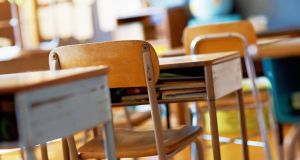 Secondary students in Ireland have longer summer holidays and shorter school terms than most other countries in Europe, according to a European Commission report. Photo: iStock

Secondary students in Ireland have longer summer holidays and shorter school terms than most other countries in Europe.

Of the 37 countries included in the study, only France, Cyprus and Greece give their students at second level more time off.

In general, the number of school days varies between 162 days in France (at lower secondary) and 200 days in Denmark and Italy.

Secondary students in Ireland also have longer school holidays than most countries in Europe.

The length of summer holidays varies from six weeks in the UK, Netherlands and part of Germany to 14 weeks in Italy and 15 weeks in Bulgaria. Secondary students in Ireland have about 12 weeks.

The figures are contained in an annual European Commission study, the Organisation of School Time in Europe.

While the report examines the number of school days, it does not provide details on teaching time, which experts say is an important measure of educational input.

Despite longer holidays, an OECD “education at a glance” report earlier this month found secondary students in Ireland had slightly longer instruction time (918 hours a year) compared to an EU average (892 hours).

In general, the number of school days is the same at primary and secondary education across the EU.

Ireland is one of four countries - including Greece, Cyprus and the Netherlands - where primary students spend more days at school than secondary students.

The school year generally begins in September across Europe, though there are exceptions.

In Ireland, students at second level typically start in late August while primary school pupils normally return during the week in which September 1st falls.

The end of the school year also varies across Europe. While mid-June is when the summer break begins in most countries, it can vary from between the end of May and the second half of July.

In Ireland, formal instruction at second level typically ends on the Friday before the June bank holiday weekend. State examinations normally commence the following Wednesday. At primary level, the school year normally finishes at the end of June.

The way is which the school year is regulated also varies across different jurisdictions.

While it is centrally controlled in the UK and Ireland - with some room for variation at local level - it is the responsibility of local authorities in many countries.

In Ireland, holiday periods during the school year at second level - such as midterm breaks, Christmas and Easter holidays -are now standardised.

There is greater scope for schools at primary level to choose when the close for “discretionary days” or days of religious observance .