How can we stop so many students dropping out of college?

Opinion: Our strategy at Athlone IT has kept more students enthusiastic and motivated 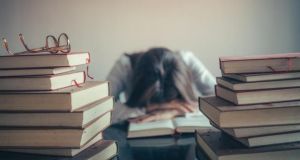 About one in six third-level students – or almost 6,000 a year – don’t get beyond the first year of their college course, according to a recent Higher Education Authority study. The type of student most likely to drop out is male, with relatively low Leaving Cert points, and studying for a higher certificate or ordinary degree in computer science, construction or engineering at an institute of technology. Dropping out can have major financial and emotional costs. So what are higher education institutions doing to tackle this problem?

At Athlone Institute of Technology’s faculty of business and hospitality our student success strategy has seen the rate at which students fail to progress from first to second year fall from 28.5 per cent in 2013 to 16 per cent in 2018. The secret behind the improvement is a model developed from listening to students and a faculty-wide team-based response.

Students who had studied up to four hours a day for their Leaving Certs were now studying for less than 30 minutes. They had developed bad habits

The project began in February 2013, when, after the dean of our faculty analysed our dropout figures, the department heads undertook to interview every first-year student who failed any module in the first semester.

In truth the meetings had the primary aim of acting as deterrents in their own right: fail an exam and you would have to meet the head of your department, who would tell you to work harder.

An unforeseen consequence was the priceless information the students’ honesty gave us. They said they had started college full of enthusiasm, ready to work hard and do well, but by week seven, when they faced their first assignments, their enthusiasm had waned. Students who had studied up to four hours a day for their Leaving Certs were now studying for less than 30 minutes a day. They had developed bad habits.

The challenge was clear: we needed to consider how we were allowing them to establish those habits. We were not developing their natural enthusiasm, and we needed to change that. Our response was to launch a habit-forming initiative, for every first-year student, at the start of the 2013-14 academic year.

We would engage our students by making them start working from their first day at the institute; their induction would now include their initial assignments – which, with two-week deadlines, would be time-consuming yet achievable. They’d also get feedback within five days of handing them in.

We set assignments at regular intervals throughout first year: good habits had to be maintained for students to succeed. “Habit forming” was to be a core philosophy of a model that now has 35 elements. Another crucial principle is that students cannot become independent learners in a day. So we give them time to develop into the strong, critically thinking graduates that employers, and society, need.

Lots of lecturers, both in Ireland and abroad, have enhanced their own teaching and found ways to help their students do better, as well as to keep them on their courses in the first place. Our faculty’s strategy has turned such individual efforts into a team-based approach.

First, retention is a clear strategic priority for the faculty, which encourages constant evaluation and debate centred on improvement. Heads of department now use motivational techniques to help failing first-year students do better. We have deployed lecturers whom students regard highly into the first year of our programmes, and front-loaded the most interesting material, to stimulate students’ desire to learn.

Student success is not just about the weaker students: our faculty-wide approach has also seen more students graduate with first-class honours

All lecturers provide results and feedback in a timely manner. Administrators are friendly to students and interested in helping them. Last September we appointed a retention officer, which has given students a friendly point of contact and given the project fresh impetus and direction. Everyone is on message to help, encourage and support.

Success creates momentum and a hunger for more success. To begin with we measured our improvement only in terms of how many students stayed on their courses. But student success is not just about the weaker students: our faculty-wide approach has also seen more students graduate with first-class honours.

The Higher Education Authority study also shows how common it is for disadvantaged students to drop out of their courses. With luck that will change, as the authority has made keeping them in education one of the priorities of its framework for 2018-20.

In the context of business education at Athlone Institute of Education, it is most satisfying to consider the number of extra students retained and graduates produced because of our student success strategy.