As Ireland nears full employment, what does a strong economy mean for the labour market? 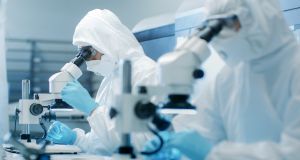 Graduates of 2019: the lottery of time is on your side. Unlike those unfortunate enough to be blasted out into the labour market of 2009, we’re now approaching full employment. But just what does this mean for graduates who want a strong start to their career?

Jane Lorigan, chief executive of IrishJobs.ie, says the balance of power has shifted. “In 2011, we carried out a major Irish and international survey which found that recruiters believed 54 per cent of the talent market was driven by the job candidate’s needs, while 46 per cent was driven by the employer. Move forward to December 2018, however, and employers see it as 93 per cent candidate driven and 7 per cent employer driven. And, whereas over 10 years ago, the average graduate considered 12 brands that they would work for, that had increased to 23 in 2018.”

Mark O’Connor, human resources adviser for Isme, the Irish small and medium enterprises association, says it is becoming harder for employers to recruit the right candidate. “There is a significantly higher level of competition for talent and this makes graduate recruitment programmes increasingly attractive to employers, as they offer access to some of the most recent developments in technology and process. They are attractive to graduates as they offer the opportunity to gain experience and apply the skills they attained at third level. Anecdotally, it would appear that there has been an increase in graduate recruitment programmes.”

While graduate recruitment programmes are on the rise, internships are decreasing in popularity. “There’s so much demand in the market at the moment that graduates are far less willing to take on an internship now,” says Lorigan. “Because it’s getting harder to get the perfect candidate with the exact blend of skills, companies are expanding their net by bringing in people, through graduate programmes, who may not have the experience but who can be trained and developed. Ultimately, they want candidates who are the right cultural fit and have the ability to learn.”

The growth of graduate recruitment programmes may also have an impact on whether or not students decide to take on a postgraduate course. While there can be an expectation that students who take on general degrees (particularly in arts) will go on to a postgrad, the class of 2019 have better opportunities than ever to go straight into a graduate programme where they will receive on-the-job training.

Pauline Harley, a Dublin-based career coach, says postgraduates are still a good option for many. “If the course aligns with your professional values and what you want from your career progression, do it, but do it for the right reasons. If it will be personally fulfilling and impactful for you, go for it. It’s also a good idea to consider where it will take you in your career over the next five to 10 years, and one way of doing this is looking at the people in your industry who are five years ahead of you.”

IrishJobs.ie recorded a 7 per cent rise in job vacancies in the last quarter of 2018 compared to the same period period in 2017, with medical professionals, healthcare, science, pharmaceutical and food graduates in particularly high demand. In the construction sector, there was a 4 per cent growth between the third and fourth quarters of 2018 and 21 per cent growth year-on-year. There has been an increase in demand across all sectors, Lorigan says, but some sectors remain competitive.

“We see lots of applications for marketing roles, and there was a slight decline in the number of these roles advertised in the last quarter, although not enough to suggest fundamental change. It’s one of the areas that will always have a lot of applications from people with different third-level backgrounds.”

Brexit is the big threat on the horizon, and Lorigan says it remains “the great unknown” for Irish employers. “The uncertainty is challenging for the agri-food industry, given that 37 per cent of all food and beverage exports are to the UK, and this could pose challenges for the Irish hospitality sector. There has also been a slight fall in architecture and construction in the most recent quarter; some companies were holding off on major investment projects until they saw what is happening with Brexit, but I expect they will return to hiring now that [the exit date has been pushed back to October or beyond]. The domestic market is more exposed to the possible fallout than international companies, which are more insulated.”

That said, Lorigan believes some industries will benefit from Brexit, particularly in financial services and banking. The tech industry remains strong, with Facebook and Salesforce among the companies expanding in Ireland.

Harley agrees that the jobs market is strong but says it’s only easy to get the right role when you know what you’re looking for. “You need to be clear on your skills set, how you might fit within an organisation and whether you share similar values. I see graduates in some roles where, after six or seven months, they’re bored and feel they have been mis-sold the position; they have a drive to have an immediate impact and take over the world within a few months. There will always be a certain level of grunt work in a new role and usually it’s best if you do it and at least use the job as a means to another transition.”

According to the survey data from IrishJobs.ie, graduates from different disciplines may have quite different values. Engineering and IT graduates, for instance, place the highest value on innovation, followed by high future earnings, a creative and dynamic work environment, attractive and exciting products and services and a friendly work environment. Business and economics graduates, by comparison, most value high future earnings, followed by opportunities for international travel and relocation, leaders who will support their development, professional training and development and a clear path for advancement.

Recent data from the National Competitiveness Council found the cost of business is rising in Ireland, with salaries among the factors blamed for the increase, but graduates are right to consider the money. “It’s a never-ending battle to stay afloat,” says Harley. “The rising costs of living and rent is obliterating the middle class. I am hearing a lot about the pressure to save and the feeling that they will never be able to get together enough money to get their home. This is leading graduates to place a greater focus on that figure in the first few years of their career.”

Overall, graduates can expect a payment premium compared to their peers without a degree. “Our recent HR survey highlights that while graduates and apprentices have a similar entry level as a whole, graduates do receive a premium,” says O’Connor. “We have seen a significant increase in the number of apprenticeships, and not only in traditional-based activities but also in white-collar roles such as sales and finance. This shows that hiring managers are becoming more open to recruiting from different sources, as well as trying to increase retention levels by developing long-term relationships with entry-level employees.”

What industries and positions are in greatest demand?

The latest National Skills Bulletin from Solas, published in November 2018, identifies a number of sectors and positions and shows that the greatest skills shortages are in small, niche areas that generally require a few years’ experience.

But the bulletin, combined with insights from IrishJobs.ie, does show that some graduates will have a better shot of walking into that job, and particular gaps exist in:

* ICT and software development roles, particularly for those familiar with certain programmes and apps including Java, Python and mobile iOS