Going beyond the prospectus: The very real value of open days 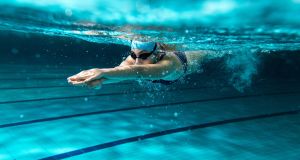 College open days offer the opportunity to inspect facilities at the institution of your choice. Photograph: iStock

Choosing a college or further-education course is another stressful addition on the lengthy to-do list of Leaving Cert students.

With so much going on, it’s easy to put blinkers on and focus solely on the academic content of a college course. But it’s really important to go beyond the prospectus and consider other factors. Can you commute there within a reasonable time, or can you afford accommodation close by? Does it have clubs and societies that grab your interest? And perhaps most importantly: will you be happy in this college?

You won’t really find answers to these questions in the prospectus – only attending open days will give you a real feel for what life might be like in a particular institution.

Fiona Casey, school liaison officer at Maynooth University and a qualified guidance counsellor, wrote a research masters thesis on how, leaving academic matters aside, students settle in at third-level. “The evidence is clear: the more settled a student is at third-level, the more likely they are to avail of the various academic and non-academic supports,” she says. “Ultimately, students who are engaged in college life are going to have a better experience and it could be a factor in them staying in college, so it’s crucial to get a feel of the campus.”

The ongoing student accommodation crisis means growing numbers of students are living at home and spending two or three hours a day commuting, making it very difficult to have the full college experience.

“I live in Meath and commute in to UCD in south Dublin,” says Muireann O’Shea, co-editor of the UCD College Tribune. “This often made it impossible to attend club or society events in the evenings, because it was a big stress to organise a place to stay. Friends who live at home and go to other colleges have told me they had the same problem.”

Aaron Bowman, who co-edits the paper, has been involved in sports clubs during his time in college. “We often had training at 6 or 7pm, which meant that people who had a two-hour commute had a problem.”

Diarmuid O’Dowd, a guidance counsellor at Moyle Park College in Clondalkin, says his students are concerned about the costs of travel and accommodation. “Dublin-based students will often choose a Dublin college because they don’t have the expense of paying for accommodation, but if a student in Clondalkin is considering DCU, they may need to get at least two buses.”

Colleges know that extracurricular activities are a big draw, so there’s a growing number of clubs and societies to cater for a very wide range of interests, says O’Dowd.

“Last year, I attended a conference run by IT company Oracle for guidance counsellors. A lot of students are coming out with 2.1 degrees, so companies are looking for candidates who stand out – and those who have got involved in clubs and societies, the college paper or the students’ union really distinguish themselves. Companies are particularly interested in students who have been involved in a club or society that is relevant to the job.”

This could mean, for instance, that someone who wants to work in business might join a commerce or entrepreneur society, while a student who hopes to work in the charity or social-care sector could get involved in a volunteering society such as a student branch of development charity Suas.

In her final year, O’Shea says her fellow students did focus in on their CV. “If you’re interested in being a writer, it’s expected that you’ll have a blog or have written for the college paper. If you’re an artist, you’re expected to be active on Instagram. Young people know that there’s a demand to be an entrepreneur and sell yourself from a young age.”

That said, getting involved in a club or society “because it looks good on the CV” is somewhat cynical and misguided: ultimately, these are places where you’ll make new friends, develop and deepen new interests and hugely enrich your college experience.

Harry Potter societies and Game of Thrones societies are among the quirkier societies that have popped up across campus in recent years, but the old reliables – debating, drama, chess, creative writing, photography, visual arts, comedy and various religious societies – are still going strong. All the universities and the majority of institutes of technology and smaller colleges have active lesbian, gay, bisexual, transgender and intersex (LGBTI+) societies, and college is a very supportive place to come out.

Societies such as Amnesty International and the St Vincent de Paul, as well as the students’ union and the various youth wings of the main political parties, provide outlets for volunteering and activism.

What if your preferred college doesn’t have the club or society you want to join? “A particular club or society may be stronger in any given year, and this is wholly driven by students themselves” Casey advises. “But if a club or society doesn’t exist in your college, you could set it up.”

The most important factor in a student’s college choice is also the most intangible: what’s the atmosphere like? Will I feel comfortable here? All the slick marketing and prospectuses in the world won’t really answer these questions, which is why it’s important to either attend an open day or pay a visit to the college you have in mind. That’s tougher, of course, if the place you have in mind is an overseas university, but if you can scrape the funds together or get a cheap Ryanair flight, it’s a good idea to suss the campus out.

Some students might be intimidated by a campus as large as Belfield (UCD); others might love the sheer scale and size of such a large university. Some might prefer a smaller institute of technology with smaller class sizes, but others might find this stifling.

During her time in college, O’Shea was involved in the St Vincent de Paul, DramSoc, the Cumann Gaelach and the College Tribune. “I’m actually quite introverted and intimidated by the idea of walking into a room and introducing myself, and found it hard when I started college, though I learned to deal with it.”

Casey says the first few months in college can seem daunting, but this does pass. “You are outside your comfort zone, but you do get to know students in your tutorials, while colleges are good at making the transition as painless as possible. And you will meet like-minded people in clubs and societies. It takes time to adjust but students who consider all the elements when choosing a college tend to settle in quicker and reach their full academic potential.”