Education in 2015: the year in quotes

From school patronage to teacher income 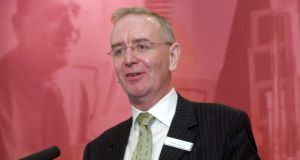 “Is it her fault she is born to non-Catholic Irish parents? Is it fair to discriminate children on the basis of religion?”

Roopesh Panicker, a Hindu, on his struggle to find a school place for his four-year-old daughter, Eva, at a Catholic school in south Dublin

“The status quo is not sustainable – current funding levels are insufficient and the funding model requires reform.”

Peter Cassells, chairman of the expert group on the future of funding for third-level education, speaking last October

“It may have survived for 50 years but, in January, it will be removed, along with any other rules that don’t speak to the diverse and welcoming nature of our modern school system.”

Minister for Education Jan O’Sullivan on her plans to abolish “rule 68”, which gives religion a privileged status in the classroom

“ASTI will be in a totally isolated position, with no support from the rest of the trade-union movement and facing a bitter onslaught from the public and the media. This will greatly strengthen the Government’s position.”

ASTI general secretary Pat King, in private warning to the union’s executive earlier this year after its rejection of the Lansdowne Road pay deal

“With the economy improving, it is right that primary teachers begin to see their incomes restored. This agreement is an overdue restoration of some of the income teachers lost.”