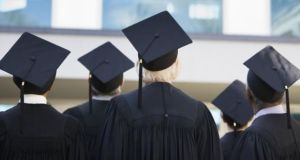 More than €2 billion will go towards expanding institutes of technology and part-funding ambitious developments in the university sector.

Plans to expand universities and institutes of technology to meet growing student numbers forms a key part of the Government’s 10 year National Development Plan for the education sector.

A major €8 billion school building programme at primary and second level will also lead to an average of 20,000 additional school places each year, along with upgraded PE halls, science laboratories and use of digital technology in teaching, learning and assessment.

In higher education, more than €2billion will go towards expanding institutes of technology and part-funding ambitious developments in the university sector.

Investment will also be targeted at refurbishment, maintenance and equipment upgrades across the higher education system, which has been starved of funding over the past decade or so.

The strategy says these will “generate the additional capacity necessary on a system-wide basis to support the projected increase in enrolments”, as well as meeting skills needs at a regional and national level.

Many of these institutes form part of consortiums which are bidding to secure new technological university status in Dublin, Cork/Kerry, the south-east and Connacht/Ulster.

The strategy also says State grants will support expansion plans by the State’s seven universities, which are being funded mostly by private finance and borrowing from the European Investment Bank.

Many of these projects have been previously announced or are being planned, though some have yet to receive official sanction.

In Dublin, Trinity College is planning or in the process of building a new business school, the “E3 learning foundry”, student accommodation and the expansion of the Trinity Technology and Enterprise Campus.

At University College Dublin, there are plans for a teaching and learning building,the next part of its science centre and a centre for creative design.

Dublin City University is enhancing capacity in teaching, research and innovation, a new student centre, new sports facilities, additional on-campus accommodation and what it is calling a “21st-century digital campus”.

Maynooth University is planning an international centre for science, technology and innovation, new student residences and the refurbishment of south campus accommodation.

University College Cork is building a a new business school, student accommodation, an innovation park and ICT services, upgrade and expansion of the Tyndall National Institute and a new dental hospital.

NUI Galway is embarking on building new student residences, completion of its human biology building and other campus upgrades.

University of Limerick is planning a new student centre, sports facilities along with new and refurbished student residences.

In all, the strategy envisages exchequer funding of €2.2 billion in support of infrastructure priorities in the higher education sector over the period of the National Development Plan.

This will be alongside continued investment in other areas such as research funding.

The strategy says funding from enterprise will go towards supporting new cycles of the programme for research in third level institutions, along with a new disruptive technologies innovation fund.