Working hours of secondary teachers are 4th longest in Europe but shorter than US, Australia 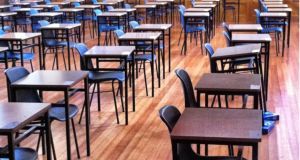 A few weeks from the summer holidays might not be the best of times for teachers and lecturers to make the argument that they are overworked but research bears out their claims that they have long hours by international standards.

A few weeks from the summer holidays might not be the best of times for teachers and lecturers to make the argument that they are overworked but research bears out their claims that they have long hours by international standards.

The annual OECD “education at a glance” report shows that secondary school teachers have the fourth highest teaching hours of 21 countries surveyed at 735 hours.

Scotland clocks in at 855 hours, the Netherlands 750 and Luxembourg 739, while the average across the 21 countries is 622 hours.

As for lecturers in further education and at third-level, comparative data is patchy.

A study conducted in 2012 by Dr Marie Clarke, a lecturer in UCD’s School of Education and a former president of the Irish Federation of University Teachers (IFUT) found that senior academics in Ireland work, on average, 50 hours per week, compared to an average of 48 hours across European countries.

Junior academics put in an average of 47 hours per week, compared to 42 hours for their European counterparts.

These figures include not only lecture time, but preparation, exam corrections and administrative functions.

Whether this represents Ireland having teaching hours “way above the international average”, as claimed by TUI president Gerry Quinn, is open to debate. What can’t be denied, however, is workloads have increased since the austerity era began.

A particular grievance for the union has been the addition of two “flex hours” a week under the Haddington Road agreement for college lecturers who are normally on 18-hour contracts.

The TUI says the delivery of these two “flex” hours by lecturers requires an additional six hours of curriculum development, research, preparation work and the development of assessment of examinations material.

Before its Easter conference, the TUI carried out a survey of lecturers at institutes of technology showing the imposition of these “flex hours” was the leading source of stress among 14 possible indicators.

About 38 per cent of the 1,100 respondents said the additional hours had a “very high” impact on stress levels.

The union says teachers and lecturers are also frustrated by increased bureaucracy and administration required under the Croke Park and Haddington Road agreements.

Dr Clarke’s study showed senior academics in Ireland spent 11 hours each week on administration, representing 22 per cent of their working time. This compared to a European average of just eight hours (17 per cent).

At secondary level, the TUI’s members are particularly aggrieved by the imposition of the additional 33 hours per year they have to work under Croke Park and Haddington Road agreements.

Often described disparaging as “detention for teachers”, these hours are used mainly for planning and meetings outside regular teaching hours.

Secondary teachers also resent changes to the Supervision and Substitution Scheme, which commits them to providing up to 43 hours for such duties per year without pay. Previously, the scheme was voluntary, and remunerated.

The other union representing secondary teachers the ASTI is to hold a meeting of its central executive in late August or early September to decide whether to join the TUI in recommending rejection of the pay deal.