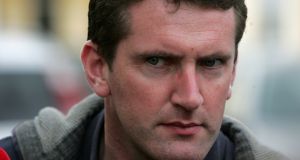 Labour Senator Aodhán Ó Ríordáin said the Citizens’ Assembly should be reconvened to examine the link between church and State in education. Photograph: Frank Miller

Labour says the Citizens’ Assembly should be brought back to life to debate whether the decades-old link between the Church and State in running 90 per cent of the country’s primary schools should be broken.

Wide-ranging changes to the control exercised by the Catholic Church in education could be effected within five years, the party has suggested.

Minister for Education Richard Bruton yesterday launched a survey that seeks to gauge if parents want an end to religious patronage, and said he was confident the Catholic Church would support it.

Parents will be asked if they want multidenominational patrons to take over the running of schools in 16 areas.

However, Labour, which wants the Government to do more than “tinker” with religious-controlled education, said Taoiseach Leo Varadkar should order an examination of the entire issue.

“We have 4,000 schools in the State and there are ongoing issues such as access, employment rights for non-religious teachers, school ethos, sex education and so on,” said Labour senator Aodhán Ó Ríordáin.

About 90 per cent of the State’s 3,300 primary schools remain under the patronage of the Catholic Church

“The Citizens’ Assembly could deal with these issues together rather than tinkering with existing laws. This could well be a five- to 10-year process, but it’s a model that has proved to be successful in dealing with marriage equality and abortion.”

Legislation proposed by a political party is unlikely to make significant progress, he said, but an informed debate by the assembly – as shown by the work it did to prepare for the abortion referendum – was a better way to examine complex issues.

“There is a lot to be discussed and debated. If Labour produced a Bill on this, the danger is it won’t get us anywhere apart from a bun fight over the benches of the Oireachtas, ” said the Labour Senator.

In the survey ordered by Mr Bruton, parents will be asked whether they want multidenominational patrons to take over the running of Catholic schools in 16 areas spread across the country.

About 90 per cent of the State’s 3,300 primary schools remain under the patronage of the Catholic Church. However, demand for non-denominational schools – such as those run by Educate Together – has been growing strongly in recent years.

Asked if he should enforce a radical church/State split in education, the Minister said “the proportion of people expressing the Catholic faith is around 78 per cent so there are still a lot of parents who would like to see their children brought up in the Catholic tradition”.

“Of course that dynamic is changing. That 78 per cent was much higher in the past. So what we’re trying to do, without losing any of the strengths of our education system, is gradually evolve that to have more diversity, and set a target of 400 [multi-denominational schools] by 2030.

“Many Catholic schools have been very good at accommodating diversity – there are some very good models of it – but I think everyone recognises we need to move on.”

Speaking to The Irish Times on Sunday after the referendum result, Archbishop of Dublin Diarmuid Martin asked if the Catholic Church was getting enough back for the investment it is making in faith development in schools.

Meanwhile, Mr Bruton said legislation that would prohibit the use of the baptism barrier for entry to Catholic schools “will be debated” in the Dáil this week, and he was “confident” that it is robust enough to work.

Catholic bodies have argued that banning religion as a selection criterion in admissions would breach their constitutional rights relating to religious freedom and freedom of association.