Arts for art’s sake or a good job? 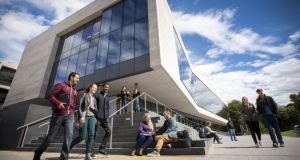 But is it a solid career choice, or a holding pen for students who have no idea what career they want?

Traditional humanities include languages, history, English, archaeology and geography – not that dissimilar to some of the subjects you loved and hated in school. When it comes to social science, the clue is in the name: it’s a scientific approach to human life and culture, with subjects including psychology, politics, sociology and economics.

Some students will be surprised to find maths is in the mix too.

Some do indeed choose humanities because it’s a broad course that leads towards many different paths, but others may actually have a career in mind.

They might want, for instance, to study languages (which offer good employment prospects), or may want to be an archaeologist. Those taking economics and politics may also already have the outline of a career in mind, such as public policy or NGO work.

And psychology students generally have a clear idea of where they want to go.

Where to study humanities and social science

Social science BA degrees at Maynooth University, UCD, Waterford IT, and UCC are generally more focused on social issues, with students exploring the world around them through subjects such as social policy, sociology, philosophy, politics, and economics; some graduates from these courses go on to careers in social work.

A more limited range of humanities courses are also available at most of the teacher-training colleges. St Patrick’s in Drumcondra, for example, has a joint honours humanities programme with DCU and Mater Dei.

Some smaller colleges may have particular strengths in certain areas, including the BA in psychology at Dublin Business School or English, media and cultural studies at Dún Laoghaire’s IADT.

Jobs are still hard to come by and are highly dependent on having a Government that supports investment in the arts; that said, the dire situation has improved somewhat over the last year.

Large multinationals such as Facebook, eBay and Google are crying out for graduates with language skills, particularly in sales or technical customer-service roles. Arts graduates with digital media skills are in high demand.

Because humanities is generally a broad qualification, career experts tell students in search of good, long-term career prospects that they’ll need to go on to a specialised postgraduate degree.