Budget 2017: Investment in education has long road ahead 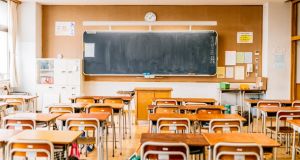 Numbers entering primary school and secondary level are set to grow by an extra 12,000 next year alone. Photograph: iStock

Minister for Education Richard Bruton said the education budget for next year was an important step on the road to becoming the “best education service in Europe”.

It was an ambitious declaration, but there are encouraging signs some of the worst cuts of the last decade are finally being reversed and fresh investment is on the way.

However, the reality is that much of the extra spending announced in the budget will be swallowed up by a fast-growing school population and by papering over the cracks of years of spending cuts.

Numbers entering primary school and secondary level are set to grow by an extra 12,000 next year alone. In higher education, the college-going population is set to grow by almost a third over the next decade. This all means the education sector is under acute pressure just to keep pace with the swelling population.

In relation to the additional €36.5 million which will be invested in the higher education sector this year following a decade of cuts, much of it will go towards simply helping the university sector to stand still.

At primary and secondary level more than 2,400 extra teachers will be hired. A significant portion of these posts will go towards meeting the needs of a rapidly growing school population.

In fact, the pupil-teacher ratio – which at primary level is one of the highest in Europe – will remain static despite the significant increase in posts.

That said, there are encouraging signs of brighter times ahead following the darkest days of austerity.

The three-year, multi-annual investment plan for higher education and the prospect of greater employer contributions will give universities and colleges some much needed certainty over the coming year.

At secondary level, the partial restoration of ex-quota guidance counselling posts – one of the most cynical cuts in recent years – will help restore students’ access to one-to-one counselling and other guidance services.

For special needs, the investment in additional resource teacher posts and special needs assistants holds the prospect that services might actually begin to improve for one of our most vulnerable groups.

There is still, of course, a long way to go. Irish primary classes remain the second most overcrowded in the European Union with 25 pupils per class compared with an EU average of 20 pupils.

As the INTO said, more than 100,000 pupils in classes of 30 or more have been “abandoned by this Government”.

The failure to increase capitation fees for schools means parents will be left once again to make up the difference in “voluntary contributions” and near-endless fundraisers.

Within institutes of technology, the money will not get rid of overcrowded lecture theatres, reduced access to tutorials or reliance on outdated technology

The Teachers’ Union of Ireland (TUI), which represents lecturers in institutes of technology, described the additional sums as “wholly inadequate” in light of cuts which have cost their colleges some €190 million alone during the downturn.

Neither does it provide for the restoration of cuts in pay and allowances for teachers, as noted by the ASTI.

Bruton defended charges that education spending did not come near to meeting his ambitions.

He maintains it is the start of a long-term programme of investment and that it will ultimately make Ireland the best education system in Europe within a decade. It’s a bold and ambitious statement.

But with overcrowded classrooms, a creaking third-level education system and parents forced to dig out underfunded schools, the available resources have yet to meet the scale of his ambition.