The eight common mistakes made at interview

As soon as you walk into the building, you are on interview 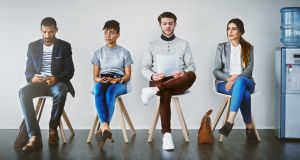 As soon as you walk into the building, you are on interview. “Be polite to the receptionists and anyone you meet in the company.” Photograph: iStock

So you’ve been called for interview. Your CV is up to date and you’ve done all your research on this company. You really, really want this job.

You arrive at the interview and you think you did well. But a while later you find out you didn’t get it. Was there simply a better candidate, or did you do something wrong?

Orla Donagher is a careers coach and the founder of Interview Tutor. Part of her work involves helping clients prepare for interview. “I work with them on mock interviews which allows me to see how they’re getting on, and I tailor each interview for each specific job,” she says. “I then give detailed feedback on the areas they need to work on. It’s also about making sure they feel confident about themselves as they head into the interview.”

So, what are the biggest mistakes she sees clients make?

“If you have a good job spec, then you really do need to interrogate that document,” says Donagher. “If you are going for two different accounting jobs, they will have strong similarities but there will be differences between them as well. It can go wrong if the job applicant doesn’t specifically tailor it to the company they are applying for. This means knowing who your audience is, what they are specifically looking for and how you could fit in the company. If you go through the job spec, you will find certain recurrent themes: if, for instance, teamwork and strong attention to detail are in the job spec, the applicant should identify all their own competencies in these areas and be ready to give examples of where you have demonstrated these abilities.”

Deciding what to wear to a job interview can be a source of stress and anxiety. Donagher says it is better to veer towards a conservative outfit. “Staff in the likes of the larger US multinationals such as Google tend to have a more casual dress code, but if you’re a man, you should wear a suit and tie, while women should wear appropriate work attire. It is always better to be overdressed than underdressed. Make sure your clothes are clean and ironed. It’s about making an impression – it doesn’t look good for someone to show up looking like they have just gotten out of bed.”

3. Mixing up the address and being late

Whether going through a recruitment agency or directly through the company, it’s important for job applicants to have as much comprehensive information as possible, says Donagher. “Know who you are meeting. Get the exact details of the address – I had a client who arrived with plenty of time at the company’s office, but it was the wrong office. It’s better to be early than late, so try to arrive in the general vicinity a little early, have a coffee and settle your nerves. Go into the office about 10 minutes before the interview, but not earlier as it may make you feel nervous.”

As soon as you walk into the building, you are on interview, says Donagher. “Be polite to the receptionists and anyone you meet in the company. When I worked in recruitment, I used to ask anyone who met the job applicant, particularly the receptionists, what their impression of the candidate was. Try not to be staring into your phone. Engage in small talk with the receptionist. Paying attention to the atmosphere can also give you a good feel of what the place might be like to work in. I had one client who picked up a slightly stressful vibe and when he asked in the interview what it was like to work there, he was told it was stressful.”

“An interview is a two-way process,” says Donagher. “Yes, they are asking questions and calling the meeting, but a lot of those questions will be deliberately open-ended, requiring more than a simple yes or no answer. This is a chance for you to tell the interviewers what you feel is of importance and relevance.”

It might be your dream job, but you’re not working for free – you need to be paid a wage that will allow you pay rent, bills and have some left over to have a life. So when is the right time to talk about money?

“If you’re dealing with an agency, it’s fine to ask,” says Donagher. “But if you are dealing with the employer directly, you need to wait until they bring it up. In most cases, it is in their interest to bring it up, because if they have a good candidate who is looking for €10,000 over their budget, they need to know. But candidates should hold their fire on asking about money, bonuses or holidays during interview, because the focus is on showing how you’re a good fit. A lot of jobs aren’t disclosing the salary or are giving a very wide range such as €25,000-€35,000 – they are hedging their bets and seeing what comes in.”

The time for talking about pay and conditions is when the job is offered but ideally the employer brings it up first, says Donagher. “Don’t undersell yourself. Know your market value and your dealbreakers. Know the absolute minimum salary you need to cover rent and bills. I know that some people disclose their salary expectations at the beginning of the application, but I’d be cautious here: get in the running and impress them, and then you’ll have a stronger hand in negotiations.”