Ask Brian: What subjects should my daughter choose for the Leaving Cert? 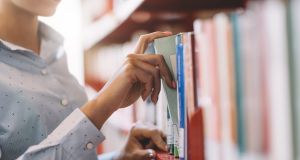 Encourage your child to engage fully in every transition year activity as, collectively, they awaken latent talents. Photograph: iStock

Question: My daughter (16) has just started transition year. Her grades have been very good so far but she has no idea what subject choices to make for fifth year in the run-up to her Leaving Cert. Can you offer any advice?

Answer: Transition year, if properly planned and executed, can be an amazing period of self-discovery for students. Howard Gardner, in his 1983 book Frames of Mind: The Theory of Multiple Intelligences, proposed eight abilities: musical-rhythmic, visual-spatial, verbal-linguistic, logical-mathematical, bodily-kinaesthetic, interpersonal, intrapersonal, and naturalistic.

Transition year, or TY, can awaken the innate skills across the other six intelligences identified by Gardener, which may have lain dormant since the beginning of second-level education.

The first piece of advice I would give your daughter, then, is to engage fully in every activity offered by the transition year programme, no matter if she finds herself out of her comfort zone.

Some parents look at the education system purely through the spectrum of the verbal-linguistic and logical-mathematical intelligences, and see the other aspects of transition year as a distraction from the real business of school.

They fail to see that real life does not mimic school. In my experience of more than 40 years in education, children enter transition year and emerge as young adults on the other side.

In my own work with transition year students, I introduce them to the wide range of online sources of relevant information on third level, further education and apprenticeship programmes, available both within Ireland and taught through the medium of English through the rest of the EU.

I also familiarise all transition year students fully with careers resources online to get a window into the reality of the world of work, in its ever-changing variety and complexity. There are tests online to enable the student to identify career preferences through a wide range of self-administered tests. Check out websites such as Careers Portal (careersportal.ie) for more information.

I, along with my guidance counsellor colleagues nationwide, administer a series of aptitude tests and interest inventories in the second half of the year to capture, at a moment in time, a picture of each student’s emerging interests and skills, to enable them to make their fifth-year subject choices based on scientifically validated data.

Many schools continue to use the familiar DATS aptitude test as a method of identifying student’s aptitudes/strengths.

I have successfully used a combination of interest questionnaire Eirquest, in conjunction with an aptitude test Cambridge Profile, offered by Cambridge Occupational Analysts (coa.co.uk), which has proved very successful in helping my students select Leaving Cert subjects which will match their appropriate career strengths.

I am certain your daughter’s school will administer whichever instruments they have found successful in assisting their students select suitable subjects.

My key message remains: encourage her to engage fully in every TY activity, as collectively they awaken latent talents, which will blossom in the real-world students are destined to emerge into at the end of their studies.