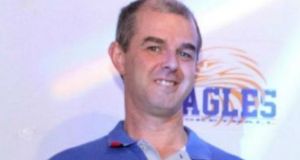 Alan Hawe murdered his wife Clodagh and their three sons - Liam, Niall and Ryan - before taking his own life in August 2016.

The Co Cavan primary school where Alan Hawe worked says recent reports which suggest he was discovered in school accessing pornography or engaging in sexual activity have damaged the reputation of school personnel.

His late wife Clodagh’s family said recently that counselling notes indicated he was looking at pornography on a school laptop and that he had been caught “red-handed”.

Hawe murdered his wife Clodagh and their three sons - Liam, Niall and Ryan - before taking his own life in August 2016, the night before he was due to return to school.

In a statement, Castlerahan National School said recent articles and television programmes implied that some of the reasons for the tragedy were that Hawe had been discovered accessing pornography in school or that he had been the subject of disciplinary proceedings.

However, it said it wished to clarify that staff, including the principal, were first informed about Hawe’s online activity on December 2nd, 2016, months after his death.

“In response to specific school management queries, the gardaí have confirmed that there was no access to pornographic websites by Mr Hawe during the school day and, further, no evidence has emerged of any inappropriate activity on the part of Mr Hawe during school time,” the statement says.

“Whilst there has been reference to Mr Hawe being caught ‘red-handed’ in relation to some of his activities, we can state categorically that this has absolutely nothing to do with this school and did not happen on school premises.”

The statement, on behalf of the school’s board of management, adds that at no stage was there “any disciplinary process or other investigation instigated or threatened by the school in respect of Mr Hawe”.

Solicitors acting for the school board said recent reports had caused a great deal of stress in the school community and reignited the “emotions and trauma experienced at the time of this terrible tragedy”.

It said the reports have “damaged the reputation of school personnel” who were easily identifiable in a small rural community and that their privacy had been compromised.

It added that it extended its heartfelt sympathies to the Coll and Hawe families as they continued to grieve and come to terms with their tragic loss.

Ms Hawe’s family have said in recent interviews that Mr Hawe was concerned in his suicide letter that “the truth was going to come out”.

She said they also understood Hawe had contacted the Irish National Teachers’ Organisation (INTO), but they did not know whether this was for a grievance or representation.

During the inquest into the murders in December 2017, counselling notes show Hawe disclosed he had begun to view pornography and that he had become obsessed that people would find out about it. Garda investigators subsequently examined his background, including his computer use history, and discovered no material or activity that would constitute criminal behaviour.

Prof Harry Kennedy, clinical director at the Central Mental Hospital who reviewed Hawe’s suicide notes and reports from his therapist and GP, told the inquest that Hawe was suffering from a severe mental illness and had “catastrophised” a number of incidents as a consequence of psychotic symptoms.

He said his psychotic episodes had left his judgment “severely impaired” and that he might have believed that some catastrophe or terrible event was about to befall him.