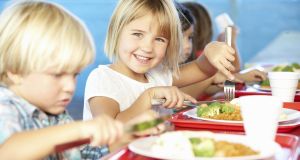 A number of serious irregularities have been discovered in payments to schools under the free meals scheme. File photo: Thinkstock

A number of serious irregularities have been discovered in payments to schools under the free meals scheme.

The Department of Social Protection has agreed to introduce new procedural checks after some schools were found to be inflating both pupil numbers and supplier costs to draw down larger payments through the €40 million-a-year programme.

The Comptroller and Auditor General criticised the lack of oversight, saying: “There has never been an evaluation of the school meals scheme by the department to determine the extent to which it is reaching disadvantaged children or whether it is having a beneficial impact on those children, thereby enabling them to take full advantage of the education being provided.

“Furthermore, the department has no guidelines in place as to how disadvantaged children should be identified in non-DEIS [disadvantaged] situations. The scheme allows all children in DEIS schools to avail of the subsidy, irrespective of their level of disadvantage.”

Information on another school, which had allegedly made false returns, was passed on to the department. An irregularity in this case of €57,713 was identified.

The department rolled out an inspection programme in 2013, prior to the start of which two other cases of payment irregularity surfaced.

Five of the six were reported to the Garda, and a prosecution is being sought in one case, with a court case pending. Three of the six schools remain within the scheme, the report noted.

Schools have been allowed to “run down” overpayments by continuing to pay for the school meals scheme through their own resources.

The department said it was now enhancing and strengthening its existing controls, and a risk assessment of the scheme would be undertaken.