Who ‘clocked’ Patrick Nugent? A family still searches for answers 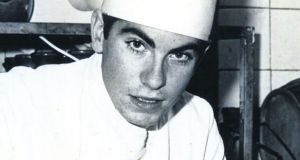 Patrick Nugent, a 23-year-old banqueting manager in Bunratty, died in the early hours of February 11th, 1984

The family of a banqueting manager who died in suspicious circumstances 33 years ago have expressed disappointment at the terms of reference of a new Government inquiry set up to examine the Garda Síochána investigation into his death.

Minister for Justice Frances Fitzgerald has appointed retired District Court judge Patrick Clyne to lead an inquiry into the Garda investigation and disciplinary inquiries that took place following the death of Patrick Nugent at the end of a 40th wedding anniversary party in the early hours of February 11th, 1984.

The Tánaiste has asked the judge to submit a report on the conclusion of his inquiry that would examine any disciplinary inquiries that took place within the Garda between 1984 and 1986 after Mr Nugent’s death.

Two off-duty gardaí were at the party when the 23-year-old suffered fatal injuries. More than three decades since his death, the individual or individuals who inflicted those injuries have never been identified.

Mr Nugent, of Feenagh, Sixmilebridge, was supervising the party for William Ryan, a well-known and long-time chef at Shannon Airport, and his wife Chrissie at the Bunratty Folk Park, when he suffered fatal injuries as the premises were being cleared and guests were leaving the venue at around 4am that morning.

Guests at the party recalled hearing a crash outside at the end of the party and shouting, and rushing out to the reception area to find Mr Nugent collapsed on the ground and holding his stomach in obvious pain.

There were two crashed cars in the car park outside, including William Ryan’s.

Mr Nugent was heard to say “he clocked me” three times before he lost consciousness. He was later taken by ambulance to Barrington’s Hospital in Limerick, where he was pronounced dead at 5.15am.

An inquest and criminal trial never revealed who “clocked” the young Co Clare man, and how he ended up on the ground when he was hit by a car. The nature and length of the party, stretching into the early hours of the Saturday morning with plenty of alcohol consumed, complicated a clear recollection of events.

A pathologist found shortly after the death that the injuries to Mr Nugent’s body were consistent with a crushing injury and being struck by a car, and that he had been in a crouching or lying position at the time.

Mr Ryan, now deceased, was charged with Mr Nugent’s manslaughter, dangerous driving causing death and failing to keep his vehicle at the scene of an accident, but he was acquitted on all counts in May 1985.

He gave three different statements to the Garda about what happened on the night.

During testimony at Mr Ryan’s trial in May 1985, one of the gardaí at the party, Det Garda Eugene Quinlan, denied striking Mr Nugent, and said he had not seen anybody else strike him.

The other off-duty member of the force at the wedding anniversary party that night, Garda James Cummins, said that he was inside the venue when he heard a crash outside and that he rushed outside to find his car damaged and a man lying on the ground.

He told the court that at that time he noticed that Mr Quinlan was beside him.

The two crashed cars outside the reception of the folk park belonged to Mr Ryan and Mr Cummins.

The prosecution had alleged in its case against Mr Ryan that he was at the wheel of his car when it ricocheted off Garda Cummins’s vehicle, and hit Mr Nugent.

Mr Ryan had pleaded not guilty to the charges before his acquittal. The former executive chef told an investigating garda after the incident that Mr Nugent may have tried to stop an argument between Mr Quinlan and another guest, Gerard O’Connor, at the time.

Mr Ryan said that he became so upset when he saw this argument that this car lurched forward due to him having his foot on the accelerator and that he did not see Mr Nugent on the ground.

He said that his car went forward, hit Garda Cummins’s car and then hit the wall.

For his part, Mr O’Connor, then of Holly Grove, Renmore, Galway, told the trial that he was inside when he heard a crash that sounded like broken glass and saw the two off-duty gardaí and their wives rushing outside. He then went out into the reception area and saw a young man lying beside the door.

Garda Cummins and Det Garda Quinlan were both stationed in Shannon at the time.

Following an internal Garda inquiry, Mr Quinlan was later fined for taking foodstuffs from the party on the night. He told the inquest into Mr Nugent’s death that his preliminary report to his authorities on the incident did not include all the facts about the case, and did not mention Mr Ryan’s name.

He remained on duty with the force.

Mr Cummins was fined and had his licence endorsed for driving without insurance on the night of the death. He was dismissed from the force in 1986, but was reinstated and returned to duty in 1989 after he appealed to the High Court and another Garda inquiry cleared him over the Bunratty incident.

An October 1985 inquest concluded that Mr Nugent died as a result of cardio-respiratory failure due to multiple abdominal and chest injuries having being struck by a person or persons unknown that resulted in him falling to the ground and then being accidentally hit by a car causing the said injuries.

A jury reached a verdict of “accidental death” in the case, but attached a rider to their findings because they believed there had been suppression of evidence by witnesses. The foreman of the jury wrote in the rider that they were “far from satisfied as to the circumstances under which Patrick Nugent sustained the injuries which caused his death”, and asked the minister for justice to have the matter further investigated.

Some 32 years later, Minister for Justice Ms Fitzgerald has decided to hold an inquiry into Mr Nugent’s death after a long campaign by his late parents Joe and Nellie and brothers Martin and John to have the cold case reopened to find out how Mr Nugent died.

The death of Mr Nugent was among 320 cases examined by the Independent Review Mechanism set up in May 2014 to consider allegations of Garda misconduct or inadequacies in the investigation of those allegations, but the case was just one of a handful that has proceeded to a full inquiry.

The family, however, is unhappy with how vague the terms of reference are guiding the inquiry, and is concerned that it may not lead to them finding out who struck Mr Nugent before he died.

They are disappointed that any findings will not be admissible in any subsequent criminal proceedings because the inquiry is being carried out under section 42 of the Garda Síochána Act 2005.

The Nugents have said that the whole process has been “long and drawn out” – similar to the delays in launching an inquiry since the 1985 inquest – and believe the inquiry may be “window-dressing on the Government’s part.”

“The whole process is devoid of the family’s confidence, which is due to the fact that there has been no willing engagement by the Minister for Justice,” said the Nugent brothers in a statement.

“It took 17 months for the Minister to put together very basic terms of reference. There is a broad-brushed approach to the terms of reference, and we have concerns that this will lead to an ineffectual inquiry.”

The family believes that the investigation into the Garda investigation will not include the second of two internal Garda inquiries into the circumstances surrounding Mr Nugent’s death as it took place in 1989.

A solicitor for the Nugents, Darragh Mackin of Belfast firm KRW Law, said the family may choose not to engage with the inquiry because it has no confidence that it will be effective in finding out what happened to Mr Nugent. It may consider seeking judicial review to challenge the terms of reference.

“In the current climate, when allegations of Garda misconduct are of extreme public importance, it is deeply regrettable that the Minister has sought to draft the terms of reference that clouds the main issue,” he said.

“In simple public law terms, when there is an allegation made in relation to a death, you should at least examine how a death came about. It is really, really poor.”

A spokesman for the Department of Justice noted that the Tánaiste had acted on the recommendation from the Independent Review Mechanism to establish the inquiry, but he declined to comment on the family’s criticism of the inquiry’s terms of reference.

“As the inquiry has now been established under the 2005 Act, it would not be appropriate for the Tánaiste to comment further,” he said.