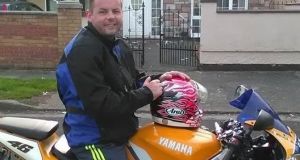 Gardaí believe a number of acid and arson attacks on vehicles owned by Hutch family relatives may have hastened the fatal gun attack on Michael Keogh.

When a number of vehicles owned by members of the extended Hutch family were destroyed in acid and arson attacks last week, gardaí treated the incidents as part of the Kinahan-Hutch feud.

They believed criminals associated with murdered Gary Hutch resolved to strike back against the Kinahans after the cars were destroyed.

There is no suggestion whatever that any members of the Hutch family or extended family were in any way involved in Keogh’s murder.

Instead, close friends of murdered Gary Hutch, gardaí believe, decided to take matters into their own hands and hit back at the Kinahans when they saw his family being targeted again.

Keogh, a 37-year-old father of two, was ambushed early on Wednesday morning as he sat into his car outside his home and was about to leave for work.

Keogh was shot dead sitting in the driver’s seat of his VW Golf before he had the chance to put his keys in the ignition.

An Opel Astra, stolen in Dublin in April, was found partially burnt out off Clonliffe Avenue in the north inner city just before 8am and with a gun inside.

While gardaí believed it had just been used for a shooting, it was not until 9.55am, when Keogh’s body was found, that their suspicions were confirmed.

A council worker discovered Keogh’s remains across the front seats of his Golf in the underground car park at Sheridan Court flats, Dorset Street Upper, Dublin 1.

He had just started a new job with a bricklayer on a project in Dublin’s docklands the previous day.

Keogh had taken to Facebook to say he was looking forward to the “new job and new start”.

Gardaí have not ruled out the possibility that his killers used his Facebook post as intelligence to plan the gun attack on him.

Detectives are gathering up CCTV around the underground car park to determine if he was being watched leaving for work on Monday morning and, once familiar with his car and departure time, whether the killers went back the following morning to shoot him.

Keogh was closely associated with a man believed to have carried out the murder of Gareth Hutch in May 2016, for the Kinahan gang.

That man had fled the Republic after the killing and gardaí suspect at least some of the motive for Keogh’s murder was to “get at” his close associate.

However, gardaí also believe Keogh’s activities as a low level member of the Kinahan gang also made him a target for the Hutch faction, with the recent attacks adding into a mix of motives.