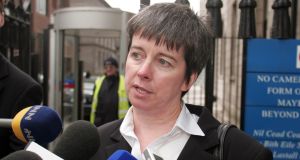 An apology from Taoiseach Leo Varadkar “means nothing” if the State is going to continue to “split hairs” in its treatment of people who were sexually abused in day schools, a Cork academic has said.

Conor O’Mahony, deputy director of the Child Law Clinic of University College, Cork, said that when former taoiseach Enda Kenny apologised to Louise O’Keeffe five years ago, others who were in her position celebrated.

But the Department of Education took “a very narrow view” of the effect of Ms O’Keeffe’s case and it is possible the department could now do the same thing again.

Ms O’Keeffe had sued the State because she was sexually abused while in school but the State argued that it should not be held responsible. She lost in both the High Court and the Supreme Court.

Following a ruling in her favour by the European Court of Human Rights in 2014, Mr Kenny apologised to Ms O’Keeffe, and an ex-gratia scheme for providing address to other claimants was put in place. However critics said the scheme was impossibly restrictive.

The Taoiseach, speaking in the Dáil on Tuesday, said “successive governments including this one have not put right this historic wrong and have perpetuated it and we will seek to right that wrong now”.

He said the “intention may have been honourable to provide for abuse survivors while protecting the taxpayer who ultimately had to pay the bill for things they were not responsible for. But it was wrong to make the terms of the ex-gratia scheme so restrictive”.

On Monday, Mr Justice Iarfhlaith O’Neill issued a finding that the State’s interpretation of the European Court of Human Rights’s decision in relation to Ms O’Keeffe, was wrong.

The consequence of his decision is that 13 people who had been denied payments under an ex-gratia scheme, will now most likely get payments. What remains unclear is how the decision will affect others.

Minister for Education Joe McHugh met the Attorney General, Seamus Woulfe SC, on Tuesday to discuss what should happen next.

A number of possibilities are being considered, including whether a new redress scheme is required or whether the current scheme should be revised.

Mr O’Mahony, who made a submission to Mr Justice O’Neill, said 360 people had taken cases against the State seeking compensation for being sexually abused in day schools.

The 13 cases covered by Mr Justice O’Neill’s report involved people who had complained to him in his position as Independent Assessor, about their not being given redress.

They had been refused on the grounds that the school employee who had abused them, had not been the subject of a prior complaint.

Mr Justice O’Neill said the position adopted by the State involved “an inherent inversion of logic and a fundamental unfairness to applicants”.

In its 2014 judgment the European court criticised the State for not having a complaints procedure.

There was, therefore, the judge said, no records of complaints that were made, and a chance that many complaints were not made “because there was no State-controlled complaints procedure in place to receive such complaints”.

The religious orders that ran the schools and might have records of complaints “have demonstrated an unwillingness to reveal those records”.

“Thus is it inherently illogical for the State to demand the very evidence which is not there or cannot be recovered,” he said.

Mr O’Mahony said he presumed that the State would drop all insistence that people had to show a prior complaint. He said that as far as he was aware, most cases involved abusers who had been convicted for their offences.

The State “doesn’t have a leg to stand on, and never had”, he said. The question now was whether the State was going “to continue to play hard ball”.

Mr Justice O’Neill rejected the complaints from six people who did not meet the scheme’s criteria that they had to have taken proceedings against the State which had since been discontinued.

A number of people who had taken cases against the State, discontinued their proceedings after Ms O’Keeffe lost her case in the Irish courts.

At least one of the people who was refused by Mr Justice O’Neill, is going to ask him to review his decision, one source said.