Two in court after drugs worth €2m seized in ‘mixing factory’ 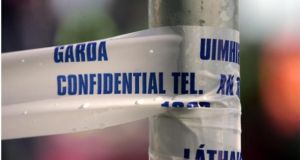 Cocaine and heroin valued at up to €2million were seized by gardaí in Co Kildare .

Two men appeared before a special sitting of Kilcock District Court this afternoon after cocaine and heroin valued at up to €2million were seized by gardaí at a “sophisticated mixing factory” in Co Kildare yesterday.

Aidan Dorrian (40) and John Breen (53) were remanded in custody to appear again before Cloverhill District Court next Friday.

The pair were arrested following a search at a house in Johnstown.

The search was part of an intelligence led operation by detectives from the Garda national drug unit targeting the sale and supply of controlled drugs.