Timeline: The Stardust disaster - a decades-long campaign for truth 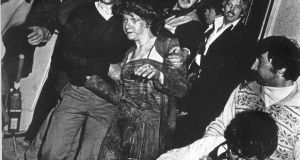 February 14th, 1981 - A blaze rips through the Stardust nightclub, in Artane, north Dublin, killing 48 young people and injuring more than 200 others, primarily from the capital’s northside. It remains the worst fire disaster in the history of the State.

November 1981 - A tribunal of inquiry into the tragedy, chaired by Mr Justice Ronan Keane, finds the “more probable explanation of the fire is that it was caused deliberately” and “probably started (on a seat) in the west alcove”. The families rejected the finding and start decades-long campaign for a new inquiry.

April 2007 - The of bodies of five victims - Richard Bennett, Michael Ffrench, Murtagh (Murt) Kavanagh, Éamon Loughman and Paul Wade - who were so badly burned they could not be identified at the time are identified using DNA techniques.

March 2008 - Families of victims withdraw support from an independent inquiry when it was discovered that the appointed investigator had acted as junior counsel on the Garda legal team during the inquests held after the fire.

July 2008 - The Government appoints Paul Coffey SC to conduct an independent examination of the case for a re-opened inquiry.

January 2009 - Families express relief as the report rules that there was no evidence to prove the cause of the fire was arson. “We never believed it was arson and it is now recognised,” Antoinette Keegan, who lost her sisters Martina and Mary in the blaze, says at the time.

2013 - Gardaí open a criminal investigation into concerns over evidence given by several tribunal witnesses.

February 2014 - Two representatives of the families end a 24-hour occupation of Government Buildings demanding to see then Taoiseach Enda Kenny.

January 2016 - The Director of Public Prosecutions says it will not mount a prosecution into alleged perjury by several witnesses at the 1981 tribunal of investigation.

February 2016 - Families hold a protest at Dublin Coroner’s Court calling for the inquest into the 48 deaths be reopened, saying they had been given a cause of death but no verdict.

November 2017 - Families reject the McCartan report’s recommendation that there should be no new inquiry, describing the tone of the report as “rude, aggressive and irrational”.

June 2018 - Relatives call for a new inquest into the deaths.

November 2018 - Families say they have found new evidence, uncovered through Freedom of Information requests and previously unheard witness testimony, and that they will petition the Attorney General for a new inquest.

November 2018 - Taoiseach Leo Varadkar tells the Dáil that the Attorney General will give full consideration to holding a new inquest.

February 14th, 2019 - New plaque unveiled at site of former Stardust nightclub, with the inscription“They Never Came Home”, and listing the names of the 48 dead.

April 2019 - Survivors and families submit new evidence to the Attorney General and formally request a fresh inquest be held.

September 25th, 2019 - Attorney General Séamus Woulfe contacts families of the victims to say an inquest will be held because of an “insufficiency of inquiry” in the original inquests.