Teen who drowned was ‘a powerful, respectful’ soccer player 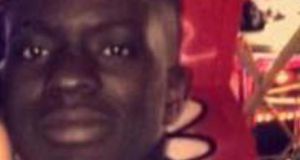 A teenager who drowned while swimming in the river Shannon has been described as “a great soccer fan and a powerful, respectful player”.

Damola Adetosoye (17) got into difficulty while swimming at the marina near the village of Tarmonbarry in Co Roscommon on Tuesday evening.

The alarm was raised shortly before 5pm when it is understood Damola was in the water with friends and got into difficulty. His friends are believed to have made efforts to rescue him and nearby boats also came to help.

The teenager was recovered from the water a short time later and was pronounced dead at the scene. His body was taken to the mortuary at Roscommon Hospital. Gardaí, emergency services and members of the local sub-aqua units attended the scene.

Damola is understood to be from Newtownforbes, Co Longford. He was a student at Templemichael College.

Attic House Teen Project, a youth organisation in Longford town, said: “A day that started out as fun in the sun with friends turned to tragedy. The Attic House team are devastated to hear of Damola’s passing.

“A great soccer fan and a powerful, respectful player for the Attic House team.” He was “part of the recent team who were victorious in the Roscommon Cup and represented the Attic House so well as part of the team at the Blanchardstown World Cup”.

“Our hearts are very heavy tonight and our thoughts and prayers are with Damola’s mum, Helen, brothers and sister at this very sad time.”

The organisation said the teenager had a “wide circle of friends”. The post on social media concluded: “Damola a champion in heaven. RIP.”

Attic House said it will be open on Wednesday and throughout the week for young people to come and meet with their volunteers and staff.

Damola was a member of Clonguish GAA club and played for their under-16s team.

A statement from the club said: “The club has been deeply saddened to learn of the tragic loss of Damola Adetosoye which occurred this evening following a tragic drowning accident in Tarmonbarry.

“Damola was a member of our under-16s team and our thoughts and prayers are with his family and friends at this very sad and difficult time.”

Damola was also a player with Melview FC soccer club. “Damola was a lad who loved his football and was looking forward to the new season starting in a few weeks,” the club said.

Seamus Butler, a local councillor and chairman of the Templemichael College’s board of management, said: “I didn’t know him personally but it’s very sad for his family, for his mother, sister and brothers. He’s one of four children.

“There was a group of about 20 or 30 swimming in Tarmonbarry with temperatures touching over 25 degrees here in Co Longford yesterday. They went back yesterday evening to the Attic Youth club, where supports were in place with volunteers.”

Cllr Butler added: “There’s a sense of shock here, and it will be a while until people come to terms with it.

“Where you mix people with water, inevitably there are accidents and this is a tragic accident.”

Local councillor John Browne said “this is unfortunately one of the things with summer time. The good weather always brings tragedy”.

“You would have to feel for his family. It’s an awful disaster. On such a good day, all the pleasure one gets from the nice weather and next thing it brings this disaster.”

A total of 123 people died in drowning incidents last year.