Stepaside Garda station one of six to be reopened

Station in Shane Ross’s constituency being reopened due to population growth, says report 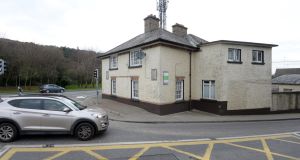 Six Garda stations, including Stepaside in Minister for Transport Shane Ross’s constituency, will be reopened, the Minister for Justice has told the Cabinet.

Stepaside is being reopened because its population has grown significantly and is expected to grow even further in coming years, according to a report from the Garda Commissioner.

However, the decision to reopen Stepaside means that “no further consideration” will be given to reopening one-time stations in Dalkey and Kill O’The Grange, “due to their relative close proximity to Stepaside”.

Property crime around Ballinspittle, Co Cork has fallen by 40 per cent in recent years, but the decision to reopen the station is justified on the grounds that the local population has grown by 7 per cent.

Leighlinbridge, Co Carlow requires a Garda station because it is close to the M9 motorway, “rendering it vulnerable to mobile criminals”, though property crime has fallen in the area for the last four years.