Opinion: We should not worry that a police force can step out of line but about whether we have the mechanism to deal with this situation 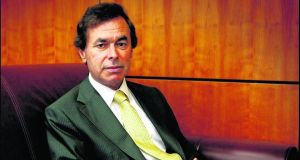 It would, at this point, be a relief if Alan Shatter were corrupt or stupid or a crawler. We could then say that his behaviour in relation to the accountability of An Garda Síochána was a personal aberration.

But no one, even among his many enemies, believes that Shatter’s personal integrity is in question. Far from being stupid, he is arguably the member of the Cabinet most qualified for the job he is doing. And far from being eager to please either the general public or the powerful people he works with, one of Shatter’s most interesting characteristics as a politician is his indifference to popularity.

These are all admirable qualities in themselves, but in the context of his disgraceful response to legitimate concerns about the culture of a crucial institution, they make things far, far worse. They leave us without simple, personal explanations and force us to recognise a deeper malaise in the functioning of the State. That malaise is the insidious insistence that everything is fine because those in charge say so.

There is much that we do not know about the intertwined claims of bugging, abuse of the penalty points system, mishandling of serious crimes and ill-treatment of whistleblowers that have created a crisis of confidence in the management and oversight of the Garda. What we do know are two things. One is that the allegations are serious, substantial and made in apparent good faith. The other is that the response of the Garda Commissioner, the Minister for Justice and the Government has been consistent and coherent, which is to say it has been consistently and coherently hostile, defensive and belittling.


Malpractice
One thing that needs to be made clear here is that there’s nothing really shameful in a democracy about the existence of some malpractice in the police force. There will always be malpractice in police forces. It is in their nature. They have extraordinary powers and, because they operate under pressure and danger, they have very strong internal codes of loyalty and omerta. This is a perilous combination. It will generate problems in the best-run police forces in the best-governed countries.

The question is not whether some people in the police behave badly. It is whether the force is capable of discovering, stopping and being accountable for that behaviour – and whether, if the force itself fails, other democratic institutions can step in. This might seem to be an abstract distinction but it is actually the fundamental difference between a democracy and an autocracy. Healthy democracies assume that the power of the State will inevitably be abused and conclude that openness, vigilance and accountability are needed to check those abuses. Autocracies, on the other hand, always insist that everything the State is doing is good and that only the malign or deluded could possibly think otherwise.


Autocracy
Over the last month, we’ve seen a glimpse of what it’s like to live in an autocracy. In a functioning democracy, the raising of allegations of misconduct within the Garda would be given a kind of rueful welcome. Rueful because, of course, the reputation of their police force matters greatly to most Irish people. But welcome nonetheless because we’ve all learned the hard way that the best approach to maintaining the reputation of an institution is to be open about its failings. In an autocracy, on the other hand, any suggestion that a key institution has serious problems cannot be entertained.

This is what makes the official response to the current set of allegations so deeply worrying. It has betrayed an autocratic instinct. Running through all the individual responses has been the classic autocratic delusion: we know for a fact that everything is fine and it follows that anyone suggesting otherwise is stupid, ill-intentioned or both. Their motives must be impugned: Sgt McCabe is insubordinate; GSOC is paranoid and foolish; the Committee on Public Accounts is impertinent. There is even a hint of the autocratic desire to airbrush the historic record: Oliver Connolly, the Garda confidential recipient, had to be fired because he would not “repudiate” statements he had made, apparently in good faith, to Sgt McCabe. Perhaps Comrade Connolly might be invited to a self-criticism session?

This is scary stuff. If Alan Shatter and Martin Callinan don’t go, the autocratic mindset will be more deeply entrenched. But even if they do go, we still have to ask how it has come to this, and why the natural impulse at the top is to treat legitimate concerns with such enraged hostility. I suspect the root of the problem lies in the way government and officialdom have become used, in the broader arena, to insisting that all is for the best in the best of all possible worlds. Compulsory optimism cannot abide contradiction.