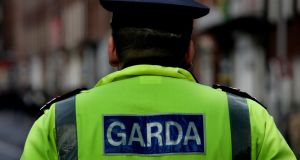 “Any person who is alleged to have committed an offence is entitled to due process and also to their good name,” warns Garda. Photograph: Eric Luke Staff Photographer

The Garda has moved to defend its decision to ask cyclists to remove some videos from social media, saying publishing footage and accusing others of wrongdoing was not appropriate.

It also said many of the social media users who shared video footage online were tagging the Garda Síochána’s social media accounts in their posts.

But the Garda said there was an “inherent danger” in publishing video in that way, adding its own social media accounts made it clear they should not be used in any way to report or highlight alleged law-breaking.

“Social media is not the appropriate forum for deciding whether or not someone is guilty of any offence this is a matter for the court,” Garda Headquarters said in reply to queries from The Irish Times.

A number of people, all of whom appeared to be cyclists, were asked by the Garda Twitter account to remove videos or advised against publishing further clips.

Some videos and photographs showed parked vehicles and were shared on Twitter with written messages accusing the drivers of parking on cycle lanes or otherwise illegally.

And in other cases photographs or videos was shared apparently featuring vehicles that had been parked illegally by drivers, but with no written allegation of wrongdoing included in the tweets.

The Garda account, in replies to the tweets containing the videos, asked that the videos and photographs be removed and urged social media users to desist from sharing similar content, citing data protection concerns.

The Garda’s main Twitter account said people who were identified, or whose vehicles were identified by their registration in the videos or photos were entitled to their good name.

But many Twitter users questioned why the Garda was intervening as it had no role in policing data protection.

People unfairly accused of wrongdoing in social media comments, photographs or video could take libel actions against those sharing the comments or video. But the Garda has no role in such libel cases.

However, in its reply to The Irish Times the Garda has suggested it was compelled to warn people who tagged the force’s social media accounts that they should not share videos of alleged wrongdoing.

Its statement added that while the Garda used social media to highlight incidents on the roads – including speeding and drinking driving – it did so in a way that did not identify drivers or their vehicles.

“Any person who is alleged to have committed an offence is entitled to due process and also to their good name,” the Garda statement continued.

“Anyone who wishes to report an incident and has video of the occurrence should contact Traffic Watch or their local Garda station. All reports received by gardaí will be fully investigated.”

It added anyone who had video of an alleged incident would be asked to “upload the entire sequence and make it available to investigators” and to make a written statement.

An accused person would also be interviewed and a complainant might also be required to give evidence in court. However, it was for a court to decide on innocence or guilt and not social media users.

“It should also be remembered that there may be a perfectly reasonable explanation for their actions,” the Garda statement said.

“The publication of videos which identify suspects may jeopardise future court cases.”