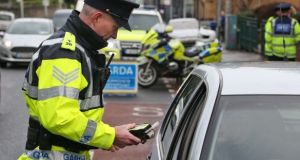 People have to examine over 900 statutory instruments to understand the road traffic laws. Photograph: Colin Keegan/Collins

Ireland’s road traffic laws are “extremely difficult” to work out because of their complexity and the number of times they have been amended, the Law Reform Commission has said.

The commission said on Friday the State’s laws should be made available online in a consolidated and comprehensive way, starting with, amongst other areas, the hugely complex road traffic and drink-driving code.

In its latest report, Accessibility of Legislation in the Digital Age, the commission said that the current situation is not satisfactory for a number of reasons, not least because the law should be available to all citizens.

It proposes a series of five-year programmes for the consolidation of different areas of the law, to be overseen by a new agency, the Accessibility and Consolidation of Legislation Group.

Legislation that is posted online should include links to relevant information including background reports, case law, and pre and post-legislative scrutiny reports by the Oireachtas, the report says.

The commission notes that there have been significant improvements in recent years in making legislation available for free online, including on the electronic Irish Statute Book, managed by the Office of the Attorney General.

However it believes this work needs to be built on, and recommends a number of areas of the law for the first of the proposed five-year programmes.

The report notes that since the Road Traffic Act 1961 consolidated most of the main provisions on road traffic law, there have been more than 20 new acts as well as new provisions in other acts.

“This makes it extremely difficult to ascertain what the law on road traffic is at any given time. Users also have to examine over 900 statutory instruments under these acts, to get a complete picture of the road traffic code.”

The report says it is difficult to trace the current position on drink-driving law, which is probably the area of the law on the statute book that is most challenged.

“The complexity of the law in this area was criticised in one of the last judgments delivered in the Supreme Court by the late Mr Justice Adrian Hardiman in Oates v Browne [2016]IESC 7, in which he said that the law had been repeatedly amended in a piecemeal manner to the point that this area of the statute book had become ’positively misleading’.”

While the commission has published a Revised Act version of the Road Traffic Act 1961, which removes some of the complexity in tracing the law, many experienced lawyers in this area have called for the consolidation of road traffic legislation as a matter of priority, the commission said.