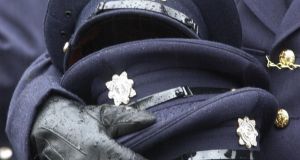 The Policing Authority has announced a review of the Garda adult caution scheme. Photograph: Bryan O’Brien

The Garda’s adult caution scheme will undergo a major review, the Policing Authority announced on Friday.

The audit comes amid fears that the scheme is beset with the same mismanagement exposed with a similar system for juvenile offenders.

Under the adult cautioning scheme, offenders can effectively be cautioned by gardaí for a range of crimes, especially first offences, rather than being charged and convicted, which would result in them having a criminal record.

There is concern that adult offenders, who were suspected of a range of crimes, were either not processed properly through the scheme or should have been charged and tried for criminal offences but effectively escaped justice. This scenario has been found in the youth justice system.

“The issues arising from the management of the Youth Diversion Programme have been an enduring topic of Policing Authority oversight throughout 2018 and 2019,” said the statement.

“One of the main issues of concern that arose was that youth referrals which the Garda Youth Diversion Office deemed unsuitable for inclusion in the programme were subsequently not actioned in another way by the Garda Síochána. ”

The aim of the review, the authority said, is to establish whether similar issues exist in the adult scheme. “This also follows the recent announcement by Government that the Adult Caution Scheme is to be extended to include simple drug possession offences,” it said.

An interim progress report is expected by the end of December and the final report will be delivered in the first quarter of 2020.

The review will be carried out by Crowe, the same consultants that carried out the investigation into the Garda’s inflating of breathalyser test numbers and the wrongful conviction of about 15,000 motorists under the fixed-charge notice system.

The offences covered by the adult caution scheme include a range of public order crimes, from being drunk in a public place to disorderly conduct, threatening and abusive behaviour and others. Cautions can also be given for thefts involving property below the value of €1,000 and for some assaults.

The audit of the adult system will seek to determine if offenders were repeatedly availing of cautions and as a result escaping justice for their crimes. It will also seek to establish if offenders were proposed by gardaí for a caution but refused by a senior officer and then never charged as they should have been.

It emerged in January that 7,894 criminal offences committed by 3,489 child suspects were not processed because of “Garda inaction” over a seven-year period.

Some 103,515 referrals were deemed suitable for the programme and 55,506 were deemed not suitable. The unsuitable cases should have been progressed through the wider justice system, mainly via prosecutions. But in 7,894 cases nothing further happened despite there being grounds, and enough evidence, to pursue the cases.

In each case the child was the suspect for a crime, from minor issues to serious offences including one rape case, seven violent disorder cases and three threats to kill. There were 55 “serious offences” involved.