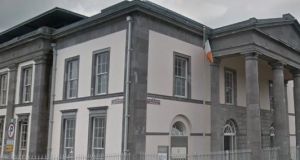 A man has been charged over four burglaries, three thefts and three incidents of criminal damage in the Limerick area between August and October 2019.

Gardaí from the Crime Task Force in Limerick, assisted by detectives from Henry Street, arrested a man in his 40s on October 17th, 2019.

He was arrested in relation to burglaries at two pharmacies on Dooradoyle Road and Childers Road, a coffee shop in Castletroy and a college in Limerick.

The man was detained at Henry Street Garda Station under Section 4 of the Criminal Justice Act, and he has been charged to appear before Limerick City District Court on Friday.

The Crime Task Force was recently set up in the Limerick Garda division. It will focus on areas and times identified by Garda analysis as “hotspots” for burglaries in Limerick City.