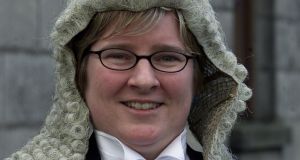 Ms Justice Aileen Donnelly referred to a “deliberate, calculated and provocative legislative dismantling by Poland of the independence of the judiciary.”

Irish High Court judge Aileen Donnelly has certainly thrown a European cat among the legal pigeons in her ruling in Minister for Justice and Equality v Celmer on Monday. When asked to approve the surrender, on foot of a European Arrest Warrant, of Artur Celmer to the authorities in Poland (where he is sought on drug-trafficking charges), Ms Justice Donnelly baulked. Instead, in a lengthy, well-reasoned and yet nonetheless astonishing judgment, she decided to exercise her right to seek a preliminary ruling from the European Court of Justice in Luxembourg before deciding the case.

This news has sent shockwaves across Poland. And yet it should probably come as no surprise.

Since the Law and Justice Party (PiS) took office in Poland in November 2015, it has sponsored a swathe of laws which should be anathema in any modern democracy, let alone in an EU member state. These laws enable the Polish government to interfere with the administration, power, functioning and even the very composition of the courts. (Ms Justice Donnelly’s judgment refers to a “deliberate, calculated and provocative legislative dismantling by Poland of the independence of the judiciary”). Worse still, the assault on the rule of law which this (and other measures) constitutes echoes problems in other EU member states. Hungary, in many respects, is far worse than Poland, and rule of law issues are also being encountered in other eastern (formerly Soviet bloc) EU states. The still-rather-fresh roots of democracy in these states appear to be far shallower than had been hoped.

Perhaps it is difficult to imagine in Ireland, but all this is creating a problem for the EU potentially even greater than Brexit.

The European Union may well be an economic community – but more importantly than this, it is also a community of values.

Article 2 of the Treaty on European Union specifically declares “the Union is founded on the values of respect for human dignity, freedom, democracy, equality, the rule of law and respect for human rights . . .” Furthermore, membership of the EU is also the closest possible relationship for states to have with one another at international level. For most EU states, it is unthinkable to have this close relationship with states gradually turning themselves, werewolf-like, into authoritarian regimes.

Why don’t the EU’s political leaders do something, then? The answer is that they have at least tried. As Ms Justice Donnelly’s judgment recounts, the commission, among other things, initiated a special Treaty procedure in December with the aim of having it determined that there is a clear risk of a serious breach by Poland of the Article 2 values. The problem is that these so-called Article 7 procedures are rather toothless, and when it comes to real sanctions, are effectively unusable: legally, a finding of a “serious and persistent breach” by Poland of Article 2 values is required to be unanimously reached by all states – and Hungary has made clear that it will make this impossible.

This is where the courts come in. In the hugely significant Representative Association of Portuguese Judges case in February, the European Court of Justice held that both Treaty provisions and the EU’s Charter of Fundamental Rights required that national courts or tribunals applying EU law not take orders or instructions from any source and be protected against external pressure liable to influence their decisions. It also reiterated that “mutual trust between the member states and, in particular, their courts and tribunals is based on the fundamental premise that member states share a set of common values on which the European Union is founded.”

The significance of these words is obvious. In the Portuguese Judges case, Portugal escaped condemnation. The importance of Monday’s reference to the European Court of Justice by Ms Justice Donnelly – who noted in her ruling that Poland “appears no longer to accept that there are common European values which must be respected” – is that Poland will now move into the crosswires of the Court of Justice. However, should the court confirm Ms Justice Donnelly’s misgivings about the Polish judicial reforms, the collapse of the legal basis of the European arrest warrant will be the least of Poland’s worries. Poland will be in open violation of EU law, and as such potentially subject to prosecution and major financial sanctions.

We have been here before. In the 1960s and 1970s when the political branch what is now the EU proved unable to construct a badly-needed common market, the Court of Justice effectively rescued the European integration process by repeated applications of judge-made law (deploying the so-called doctrines of “direct effect” and “supremacy”). Judicial intervention may now be needed to save European integration again. The Celmer case may be a first step in it doing so.

One way or another, a solution must be found to Europe’s rule of law crisis. It is instructive to recall that the late British premier Margaret Thatcher’s support for the eastern enlargement of the European Union was clearly in part motivated by the hope that geographical enlargement of the EU would prevent the organisation from deepening.

With Thatcher long gone and the UK about to voluntarily cast itself into the outer darkness of Brexit, it would be sadly ironic if the 2004 and 2007 eastern enlargements of the European Union turned out in retrospect to have been what British Eurosceptics most wanted – the step that undermined the process of European integration.

Gavin Barrett is a professor specialising in EU law in the Sutherland School of Law, UCD