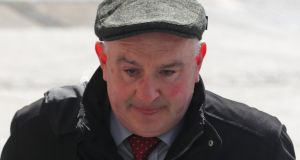 Patrick Quirke’s defence team repeatedly argued that the Garda had made serious mistakes or “systems failures” during the investigation in a bid to suggest it was not thorough and reliable enough to convict him of murder.

Given the trial’s complexities, it was a much-trodden theme. Snippets were pored over for hours in the hope that a seed planted in the jury’s mind would flower into reasonable doubt. In the end, a majority disagreed.

The postmortem found that Bobby Ryan died as a result of blunt-force trauma, but the time and date of his murder could never be proven. Equally, the Garda was unable to prove where he was killed.

Given all that, there was no murder scene to examine, nor was there a murder weapon. Because 22 months had passed, it was also impossible to track, minute by minute, the movements of the victim and Patrick Quirke on the day.

Because the murder investigation was so challenging and many investigative opportunities were not available to the Garda, the case depended heavily on circumstantial evidence.

Encouraging the jury to approach the case with “great care and scepticism”, Bernard Condon SC, for Quirke, said gardaí should have searched Mary Lowry’s house at Fawnagowan, the last place Ryan was reported alive in 2011.

The removal of Ryan’s remains from the water tank in 2013 should have been filmed, he argued, reminding the jury that gardaí failed to tell a pathologist that a concrete lid covering the tank had cracked and dropped debris on to the body as it was being removed.

Garda divers, and not the fire brigade, should have been used to remove the body, the barrister argued. Meanwhile, efforts were made to “airbrush” the discovery of a hair-clip in the water tank from the case, he said.

Prosecution counsel had argued, while Insp Patrick O’Callaghan was giving evidence, that it may have belonged to the Lowry girls who grew up on the farm, the defence said. But Mary Lowry was its more obvious owner, he claimed.

Condon also questioned gardaí’s decision to empty a tractor-drawn tanker that Quirke said he had used to drain water from the pit before the tanker’s contents were measured and analysed. This, he said, was “extraordinary”.

A Garda reconstruction of Quirke’s explanation for how he accidentally found Ryan’s body – and which cast doubt on Quirke’s statement – was ruled inadmissible by the trial judge.

Quirke had claimed he had seen the body after he had drawn off water to agitate slurry in one of the farm sheds, but then realised that something was wrong. Pushing slabs aside, he said he had seen a body inside.

But the Garda reconstruction concluded that Quirke’s initial line of vision would have been too severely limited to spot something unusual inside in the way he claimed.

However, it was never put to the jury because the defence argued that gardaí had not consulted an engineer, taken measurements or taken into account the time, light or time of year. The reconstruction was “frail”, said the judge.

The defence claimed, too, that fingerprint analysis mistakes had been made. Some of the prints taken from items in Ryan’s van were never identified. Other prints from the van were only matched against Quirke’s last January.

Defence counsel Lorcan Staines SC asked Chief Supt Dominic Hayes if gardaí had been “badly let down” by then Deputy State Pathologist Dr Khalid Jaber, who did not go to the scene despite being requested.

The pathologist’s absence had had no negative impact, he said. Meanwhile, he said, no large pieces of debris or concrete had fallen on the body when a mechanical digger was used to remove concrete slabs.