What can we expect at the trial arising from the Anglo investigations? 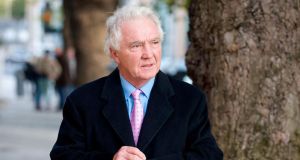 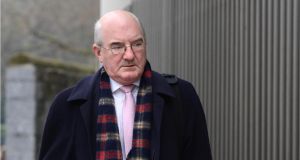 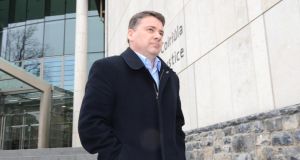 Who’s going on trial? Three former senior figures at Anglo Irish Bank: Seán FitzPatrick of Whitshed Road, Greystones, Co Wicklow; Pat Whelan of Coast Road, Malahide, Co Dublin; and Willie McAteer of Auburn Villas, Rathgar, Dublin 6. At the time of the alleged offences, FitzPatrick, who is 64, was the bank’s chairman, Whelan, who is 50, was its chief financial officer and McAteer, who is 62, was head of compliance.

What are the charges? All three have been charged, under section 60 of the Companies Act, with 16 counts of providing unlawful financial assistance to individuals in July 2008 to buy shares in the bank. The three have entered not-guilty pleas.

Where and when is it taking place? It is due to start on Tuesday at Dublin Circuit Criminal Court. It will be held before Judge Martin Nolan in the biggest court – Court 19 – in the Criminal Courts of Justice complex.

This is bound to generate a lot of interest Yes. Given the anticipated public interest, the Courts Service says it will turn a vacant courtroom into an overflow viewing room for the trial. On most days, members of the public will be able to watch proceedings by video link in Court 1, which is usually a District Court.

The only other time such a facility was provided was during the trial of Eamonn Lillis, who was convicted of killing his wife in 2010. During that trial – the first major case to take place in the new courts building, on Parkgate Street – people who did not get a seat in the courtroom were allowed into the jury assembly area to watch proceedings on video screens.

How long is the trial expected to last? The estimate is three to six months, which means it could be the longest criminal trial in Irish history.

So it could get very complex? It will certainly involve vast amounts of evidence. The Circuit Court has previously heard that the case involves 24 million documents, including about 800 witness statements. The choice of the biggest courtroom is due not only to the anticipated public interest but also to the need for space for all the boxes. In previous trials involving financial or technical evidence, specialist witnesses have been called to give jurors a crash course in specific topics. Technology will also help. Digitised documents and screens, increasingly used to display exhibits in court, will make it much easier for jurors to view the evidence. These methods were used during the recent fraud trial of the former solicitor Thomas Byrne and contributed to the smooth running of the case. Ultimately, however, the task of ensuring the jurors can follow proceedings will fall to the legal teams and the judge. All trials involve some level of complexity, and there is no evidence so far that juror comprehension has been a significant problem, but this may be an important test. A great deal of thought will have been devoted to the question of how to explain the evidence in ways the average citizen can understand.

How was the jury selected? Given the estimated duration, special measures have been put in place for jury selection. A law passed last year allows for the appointment of 15 jurors, as against the standard 12, for trials expected to last for more than two months. Eight men and seven women were sworn in yesterday as the jury. Before the trial 1,500 jury summons were sent out – considerably more than the norm – in the expectation that 500 people would show up.

Are any other investigations ongoing into the collapse of Anglo Irish Bank? Yes. In the High Court this month, Mr Justice Peter Kelly heard that, of five matters investigated by the Office of the Director of Corporate Enforcement, three have been completed (including the investigation that is the subject of next week’s trial), but matters are continuing “at a rather slow pace” in relation to the remaining two. The judge was told that criminal proceedings arising from the investigation into the collapse of Anglo could run for several years.