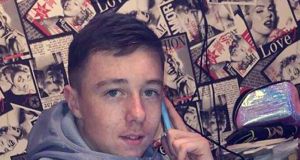 Keane Mulready-Woods: his short time in the world of crime, the manner of his death and the reasons he was killed and his body mutilated reflect a rapidly changing underworld in Ireland. Photograph: Garda/PA

It is eight months since Assistant Garda Commissioner Pat Leahy appealed to young people not to get involved in drug dealing, warning they may pay with their lives for involvement in the underworld.

Leahy was speaking as a feud in Coolock, Dublin, worsened; one of its key characteristics the relative youth of its victims: aged 21, 22 and 23. One of those men was shot in the head while wheeling his child in a buggy.

Not even Leahy, the top Garda officer in Dublin and an experienced campaigner with decades of frontline and management experience under his belt, could have predicted how quickly things would spiral.

In the short period since the end of last May, when he issued his warning, the body count in Coolock has increased to five – all shot dead within 10 months of each other and four of them aged  23 or younger.

A separate feud in Drogheda, Co Louth, has morphed from one of petrol bombings, stabbings and pipe bombs to a pattern of tit-for-tat gun murders. It is the most recent of those three killings that shocked the country in recent days. Keane Mulready-Woods (17) of Beechwood Drive, Drogheda, was last seen alive in the Co Louth town at about 6pm on Sunday.

Gang feuding exploded in Dublin and Limerick for a decade, from about the year 2000 to 2010

The first signs of concern came from his sister, Courtney, who posted an appeal for information on Facebook on Monday afternoon, saying she was concerned about him adding, “he’s only 17”.

Within hours, just before 10pm on Monday, the teenager’s limbs were found in a black sports bag on a pavement on Moatview Drive, Darndale, north Dublin; nearly 50km from where he was last seen alive.

And at about 1.30am on Wednesday, a bag containing a head, hands and feet were found in a burnt-out blue Volvo V40 in a lane off Clonliffe Avenue in Dublin’s north inner city.

A major investigation got under way into the murder, and a house in Drogheda was sealed off on Tuesday night as a suspected crime scene; possibly the location of Keane’s murder and the dismembering of his body.

His is the third murder in the Drogheda feud. It is thought to be revenge for the murder in Bettystown, Co Meath, last November of drug dealer Richard Carberry.

One of Carberry’s close associates is regarded as a volatile criminal who was bent on avenging the 2019 killing. He was also recently assaulted by Keane Mulready-Woods’s young associates.

Carberry was from Dublin and his murder has drawn crime gangs from the capital into the Drogheda feud on both sides.

Keane Mulready-Woods had attended St Oliver’s Community College in Drogheda. He loved dogs, riding his bicycle around Drogheda and also had a passion for motorbikes; he was a keen scrambler who took part in some races.

However, the 17-year-old was also part of a new wave of young criminals coming through the ranks of Irish organised crime. His short time in the world of crime, the manner of his death and the reasons he was killed and his body mutilated reflect a rapidly changing underworld in Ireland.

Just over 20 years ago, the Irish underworld exploded in line with the economic boom. The demand for drugs – mainly cocaine – increased from the late 1990s up to about 2008, in line with disposable incomes and the supply of drugs from the Kinahan cartel in Spain.

Technology also played a crucial part, leading to a new ease with which drugs could be ordered to people’s homes or delivered to them in pubs and clubs at any hour via mobile phone.

More people were needed to service that demand; to staff the logistics operation of storing, moving and selling drugs around the country.

And just as many young men left school early or skipped third-level education to jump straight into lucrative positions in the booming construction trade in that era, increasing numbers moved into the drugs trade, where there was no shortage of openings and the rewards were instant.

Before the Celtic Tiger years, young men who slipped into crime entered at the bottom and moved up over time. They often started out joyriding and progressed to crimes such as burglaries – an unofficial apprenticeship of sorts.

Their path to serious crime often involved a stint in prison, which as well as being a form of punishment can act as a crime “finishing school”, where contacts are made and expertise is picked up from older and more experienced criminals.

They then typically moved into a second phase, often involving armed robbery and drug dealing. By the time they graduated to the senior ranks they were often in their late 20s or older.

The economic boom changed that. More young men became affiliated to drugs gangs in their mid- or late teens. The toughest among them became involved in the intimidation and violence that go along with the drugs trade: debt collection and the taking and holding of territory.

For some of them, progress was rapid. Some transitioned from entry into the drugs trade at the age of 15 or younger, to running their own gangs by their late teens or early 20s. Their youth – and the absence of a longer apprenticeship in crime – changed the landscape. Groups of young men, often using cocaine themselves, now had access to guns and drugs, and saw violence as the way to shore up their positions.

The results were instant. Gang feuding exploded in Dublin and Limerick for a decade, from about the year 2000 to 2010. Not only was the feuding and associated death toll unprecedented, but a number of feuds took place simultaneously and lasted for a decade.

In Limerick and in the Dublin suburbs of Crumlin, Drimnagh, Blanchardstown, Corduff, Coolock and Finglas, gun law ruled during the Celtic Tiger drugs boom. Almost 30 people died in the Limerick and Crumlin-Drimnagh feuds.

But when the economy fell off a cliff in 2008, so did the drugs trade. Demand for drugs plummeted because disposable incomes were wiped out by the recession. As the drugs trade contracted, the violence that accompanied it also dissipated. People still took drugs and the drugs gangs still killed people. But the level of activity returned to a simmer.

More recently, and especially over the past 12 months, gangland has returned to boiling point; a second drugs boom is in progress.

The Kinahan-Hutch feud has effectively been under way since 2015. But that cannot really be classed as a drugs turf war. It is the implosion of relationships between members of the Kinahan cartel and their associates, relationships that go back three decades in some cases.

That feud aside, the pattern of other current crime feuds – in parts of Dublin and in Drogheda – are more akin to the Limerick and the Crumlin-Drimnagh gang wars of the Celtic Tiger years.

Very young, volatile men who are determined to get to the top of the drugs trade in their various stomping grounds have become highly motivated by the rewards on offer, as disposable incomes increase again.

Deadly feuding has exploded suddenly and simultaneously in Coolock and Drogheda, with gangs in Finglas and Clondalkin showing signs of embarking on the same path.

The Kinahans have gone for the nuclear button, if you like. Their response to the Regency is so disproportionate to what actually happened there

But just as the wider economy climbs to new heights, the drugs trade is also booming. And those involved in it are sinking to new lows in terms of violence.

Keane Mulready-Woods was one of those young men who jumped straight into drugs gang affiliation. He was a suspect for petrol bombings on houses in Drogheda, attacks that have characterised the feud there since 2018.

He was convicted, and given a four-month suspended sentence last month, after running a campaign of intimidation against a family in Drogheda. He had been officially warned by gardaí in recent weeks that his life was in danger. Gardaí say there was a specific threat to abduct, murder and dismember him.

Even the clothing he disappeared in offers an insight into the trappings on offer for those boys willing to do the dirty work for drugs gangs. He wore expensive designer labels: Hugo Boss, Burberry and Canada Goose. He also had access to a range of motorbikes. This is despite having no legitimate income and coming from a disadvantaged background.

“They get status in these things, better clothes than the kids around them, a few thousand in their pockets and being able to buy an expensive motorbike or flash car,” says one Garda source of the increasing number of boys getting sucked into organised crime.

“They are willing to get involved [in armed drugs gangs] for what are fairly minor rewards, but for them it seems like a lot. And they never think they’ll be the one who’ll end up dead. All of them are the same in that sense: ‘it’ll never be me’.”

Other gardaí now fear what the current drugs boom will bring. They believe other gangs may take their lead from the Kinahan cartel, which has killed 13 people in direct revenge for an attack on them at Dublin’s Regency Hotel, where David Byrne was killed in 2016.

“The Kinahans have gone for the nuclear button, if you like. Their response to the Regency is so disproportionate to what actually happened there,” says one source. “It’s like they upped the ante so much, others wouldn’t even dare to try to compete. You don’t just kill the opposition, you do something so crazy you’re trying to scare them off the pitch and just dominate the environment.”

Several other gardaí who spoke to The Irish Times believe the decision to dismember Mulready-Woods and scatter his remains in Dublin was intended as a chilling message to the rival drugs gang. They see it as a “Kinahan-style” bid to make the stakes so high that their rivals would never seek to compete. If you even try, you will be annihilated, is the message.

There are now fears in the Garda that the cycle of such “nuclear” attacks may become normalised in this second drugs boom.