Meath man is first to be convicted of paying for sex 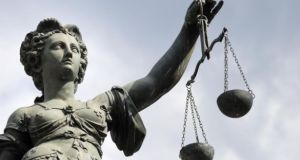 Bryan Mason of Moatlands, Ratoath was fined €200 at Dublin District Court on Monday for paying, giving, offering or promising to pay a prostitute for the purpose of engaging in sexual activity with a prostitute

A 65-year-old man from Co Meath has become the first person to be convicted under a new law criminalising the purchase of sex from a prostitute.

Bryan Mason of Moatlands, Ratoath was fined €200 at Dublin District Court on Monday for paying, giving, offering or promising to pay a prostitute for the purpose of engaging in sexual activity with a prostitute.

He was convicted under section 25 of the Criminal Law (Sexual Offences) Act 2017 for the offence which occurred at West End Village in Blanchardstown on March 30th, 2018.

He was discovered during a Garda raid on a brothel in the west Dublin apartment block.

This is the first conviction of a sex buyer since it was made an offence under the Act in March 2017.

The law is based on the “Nordic Model” of legislating sex work by criminalising the buying of sex, while decriminalising individuals who sell sex.

Offenders face a maximum fine of €1,000 or up to five years in prison if the sex worker has been trafficked.

The legalisation was the subject of significant debate when it was introduced. Critics, such as the Sex Workers Alliance, said that it drove the trade further underground and put sex workers at increased risk of attack.

Proponents argued it targeted and stigmatised those purchasing sex while decriminalising those selling it.

Chief Superintendent Declan Daly of the National Protective Services Bureau said the Garda would be conducting operations throughout this year to enforce the legislation and target people engaging in the purchase of sex.

“Those persons considering the purchase of sexual services should be aware that in addition to the possibility of prosecution and conviction, that such activity promotes organised crime and encourages the human trafficking of victims for the purposes of sexual exploitation,” said Chief Supt Daly.

The conviction was welcomed by charity Ruhama which supports women affected by prostitution and sex-trafficking.

“This case sends a clear message to Irish society that it is not acceptable to pay for access to another person’s body for sexual gratification,” said Sarah Benson, chief executive of Ruhama.

“Sex buyers have been operating with impunity in Ireland for far too long and we are hopeful that more convictions will be achieved under his legislation in the future.”

Tackling the demand from individuals paying for sex was a “key mechanism for preventing the sexual exploitation of the most vulnerable in our society,” said Ms Benson.

“While the sex trade continues to thrive due to buyer’s demand, the criminal gangs running it are profiting.”