Man to be charged over stabbing on O’Connell Street 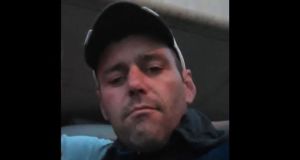 A man who was arrested in connection with a fatal stabbing on Dublin’s O’Connell Street on Tuesday is due to be charged in court .

Homeless man Peter Donnelly, originally from Kilkenny, died after the city centre assault in the early hours of Tuesday morning. He was killed following an altercation on the street.

A 28-year-old man was subsequently arrested nearby and taken into custody at Store Street Garda station.

Gardaí said the man is expected to appear before a sitting of Dublin District Court at 10.30am on Friday .

Mr Donnelly was tended to at the scene by paramedics before being taken to the Mater Hospital, where he was pronounced dead. A number of scenes in the O’Connell Street, Cathal Brugha Street or Marlborough Street area were sealed-off and forensically examined by gardaí.

‘No point’ in coalition with FG-FF without two smaller groupings 02:00
Gardaí expected to upgrade investigation into man’s death to murder inquiry 01:45
Private consultants say they are ‘100% committed to fight against Covid-19’ 01:00
Donations of masks, gloves and sanitiser flood in for Derry health workers 01:00
Coronavirus: Public urged to stay at home for Easter 00:23