Man in his 70s arrested over robbery in Co Limerick 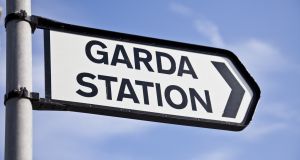 A man in his 70s has been arrested following a burglary at a business premises in Co Limerick. File photograph: Getty Images

A man in his 70s has been arrested following a burglary at a business premises in Co Limerick on Thursday.

The suspect is one of three men detained in relation to the incident at Raheen Business Park in the early hours of Thursday.

The other two men are aged in their 20s and 50s. All three were detained during an intelligence-led operation carried out by gardaí from the Roxboro Road district, supported by the Regional Armed Support Unit, shortly before 4am.

The three were brought to Henry Street and Roxboro Road Garda stations, where they are currently being detained under Section 50 of the Criminal Justice Act, 2007.