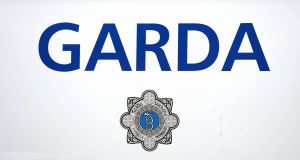 A man has been found dead in a cell at a Garda station in Co Waterford.

A man arrested after a public order disturbance has been found dead in a cell at the Garda station where he was being held.

The death occurred this morning at Dungarvan garda station in Co Waterford.

The deceased is a local man in his 20s and was arrested this morning just before 11am in connection with a public disorder issue. He has been named locally as Nathan Kirby and was arrested because he was intoxicated.

He was taken to the station and was placed in a cell. However, around one hour later he was found unresponsive.

Efforts were made to save him but they failed and he was pronounced dead at the scene.

The Garda station cell was sealed off by gardai and the Garda Siochana Ombudsman Commission (Gsoc) was informed of the death.

The agency this morning dispatched staff to Dungarvan to investigate the case and they are still at the scene.

The man’s body remains in the cell where he died pending the arrival of the deputy state pathologist Dr Khalid Jaber in Dungarvan. He will briefly examine the remains at the scene before the body is taken to hospital for a full post mortem.

Dr Jaber is currently in Westport, Co Mayo, where he has spent the day carrying out post mortems on the remains of the Chada brothers found dead yesterday in the boot of their father’s crashed car.

Because of those pressures on his time, the post mortem on the dead man will not take place until tomorrow morning in Dungarvan.

The ombudsman commission investigates complaints against gardai and also any cases where people die while in contact with gardai or shortly after such contact.

The Garda force is legally obliged to inform Gsoc of such cases whenever they arise.