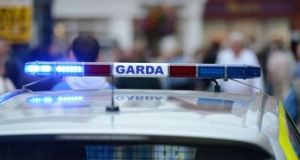 Gardaí and the national ambulance service initially responded to a report of a male with a significant injury to his arm at a house in CoTipperary.

Gardaí are appealing for witnesses after a man died following a disturbance at a house in Co Kilkenny early on Monday morning.

The man was also found walking along the M8 motorway several hours before gardaí were called to the house in Kilkenny.

At about 6.30pm on Sunday, gardaí and the national ambulance service responded to a report of a male with a significant injury to his arm at a house in the An Grianan housing estate in Killenaule, CoTipperary.

The man was at the house with a number of other people and was subsequently brought by ambulance to hospital for treatment.

He later left the hospital and was then found on foot near junction 6 of the M8 motorway in the vicinity of junction 6 at 12.30am on Monday.

Gardaí removed the man from the motorway for his own safety and brought him to the Chapelfield Estate in Urlingford, Co Kilkenny, arriving there at 1.00am.

Gardaí left Chapelfield after the man was observed at the front door of a house.

At 1.49am a report was received of a disturbance at a house in Chapelfield in Urlingford.

Gardaí responded, as did an ambulance, and the man was brought to St Luke’s Hospital in Kilkenny where he died.

Garda Síochána Ombudsman Commission (GSOC) have launched an investigation into some of the circumstances pertaining to the incident, because gardaí had interacted with the deceased when he was found on the motorway.

Gardaí in Thurles are appealing for information from any members of the public who were in the An Grianan area of Killenaule, Co Tipperary, on Sunday afternoon, particularly any person who attended the house with the man and his friends over the course of the afternoon.

Gardaí are also appealing to any member of the public who saw a man on foot on the M8 Motorway in the early morning of July 27th and individuals who were in the vicinity of Chapelfield Estate in Urlingford on the between 1.00am and 3.30am on the same day.