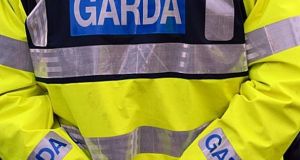 It will be alleged by the State that Mr Murphy shouted at gardaí from Togher Garda station.

A 63-year-old man has been charged with a breach of emergency Covid-19 legislation after an alleged incident involving gardaí at a popular visitor spot in Cork city on April 27th last.

Michael Murphy from Mount Eden Road, Gurranebraher, Cork, was charged with failing to give his name and address to officers in purported compliance with a requirement under section 31 (A) 9 of the Health Act 1947.

The charge against Mr Murphy was brought under the Health Act of 1947, as amended by section 10 of the Health (Preservation and Protection and other Emergency Measures in the Public Interest) Act, 2020.

It will be alleged by the State that Mr Murphy shouted at gardaí from Togher Garda station who were on patrol at the Lough at the time following the introduction of restrictions to curb the spread of Covid-19.

It will be further alleged by the State that when gardaí questioned Mr Murphy about the purpose of his visit to the Lough during the lockdown, he refused to give his name and address to Garda Michael Harney.

Today at Cork District Court, Sgt John Kelleher applied for an adjournment to allow for DPP’s directions in the case against Mr Murphy who was represented by solicitor Niall O’Sullivan.

Judge Olann Kelleher granted the State application and remanded Mr Murphy on bail on the single charge to appear again at Cork District Court on July 1st for the DPP’s directions on the matter.

Covid-19: Almost 500,000 vaccine doses to have been administered ‘by end of next week’ 16:46
Clashes in Dublin as hundreds protest against Covid-19 restrictions 16:42
‘It destroyed me’: Maria Bailey on ‘swing gate’ controversy 16:10
Electrical waste recycling drops in January after rise in 2020 15:57
Construction sector ‘spin’ must be challenged, Soc Dems conference told 15:08